The 2021 Ohio Valley Conference Baseball Championship field is now set. The event will be held May 27-29 at The Ballpark at Jackson in Jackson, Tennessee.

This year marks the 42nd OVC Baseball Tournament (the first elimination style event was held in 1979) and first since May 2019 as last year's event was canceled due to the pandemic. It also marks the return to the venue that previously hosted the OVC Championship from 2010-16.

The event was reduced from eight to four teams in a one-year only cost savings measure across OVC bracketed team sports. 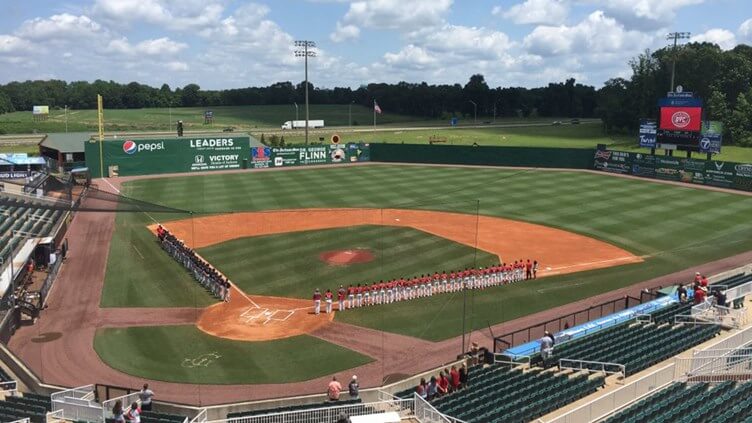 Tickets will be $10 per adult per day and $5 per day for children (12 and under) and college students with valid ID and can be purchased in-person at The Ballpark at Jackson.  Parking is $5 per day. All seats are general admission for the OVC Championship.

Southeast Missouri (27-19, 17-10 OVC) saw its streak of 24-straight OVC Tournament appearances come to an end in 2019, but bounced back this year to qualify for its 26th overall tournament. The Redhawks claimed its fifth regular season championship, joining crowns won in 2002, 2014, 2015 and 2016. The team is in pursuit of its fourth OVC Tournament crown (1998, 2002, 2016), the most recent coming in the last OVC Tournament held in Jackson. SEMO won eight of its nine Conference series this year (its series with Morehead State was canceled due to COVID protocols). The team has won 15 of its last 21 games overall and has not lost back-to-back games since late March. SEMO opens the tournament on Thursday against No. 4 seed Austin Peay at 2 p.m.

Murray State (30-23, 18-12 OVC) is in search of its first OVC Tournament Championship since 2003. The Racers are in the field for the fourth-straight tournament. Although they just missed out on the regular season title, the program earned its highest tournament seed since also being the No. 2 seed in 2009. The Racers have won 8 of its last 11 games entering the postseason. MSU reached the 30-win plateau for the first time since 2009, which was also the last time the team had a winning record in a full season. The Racers will open play on Thursday against No. 3 seed Morehead State at 6 p.m.

After winning the final game of the regular season to snap a five-game losing streak, Morehead State (24-21, 13-11 OVC) qualified for its seventh-straight tournament, the longest stretch in program history. The Eagles have won two of the past five OVC Tournaments (2015, 2018) and four crowns overall. The team did miss six Conference games this year due to COVID protocols. The Eagles open play on Thursday at 6 p.m. against No. 2 seed Murray State.

Austin Peay (22-31, 16-14 OVC) qualified for its fifth-straight OVC Tournament under sixth-year head coach Travis Janssen. Overall it marks the 28th appearance in the OVC Tournament for the Governors, the second-most in League history. The program won three-straight OVC Tournament titles from 2011-13 and its six overall tournament titles are the second-most in league history. APSU went 4-2 over the last two weekends to make this year's tournament field. As the No. 4 seed, the Govs will play No. 1 seed Southeast Missouri on Thursday.

Fans can watch the entire 2021 OVC Baseball Tournament live on ESPN+. Fans can subscribe to ESPN+ for $5.99 a month (or $49.99 per year) or as part of a bundle with Disney+ and ad-supported Hulu ($12.99/month). ESPN+, the multi-sport, direct-to-consumer video service from The Walt Disney Company’s Direct-to-Consumer & International segment, is an integrated part of the ESPN App and (on mobile and connected devices) and ESPN.com. More information can be found at www.OVCSports.com/ESPN. 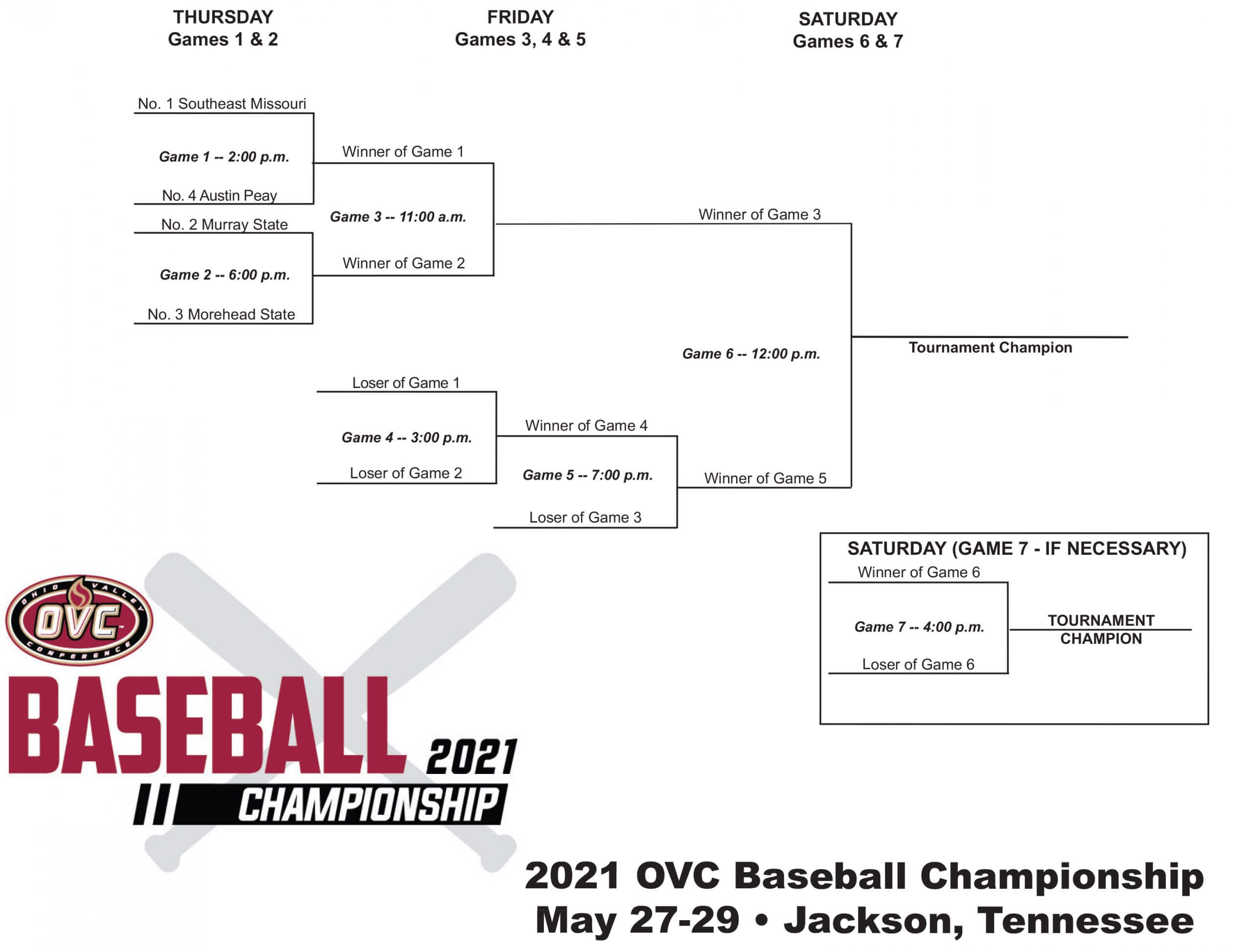