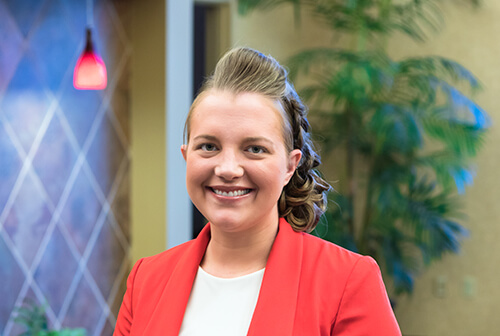 Andrew Long, regional president of Community Bank, on behalf of the CEO and Board of Directors, is pleased to announce the promotion of Ashley Barnes to vice president – senior commercial loan officer. Barnes is located in the Bank’s Jackson, Tennessee office.

Long states “Ashley is an integral part of the Community Bank team, and her expertise and dedication will continue to benefit the bank in her role as senior lender. We are excited about Ashley’s transition as well as the positive impact she will continue to have on the bank.”

In addition to her banking experience in the Jackson market, Barnes is a 2010 graduate of Leadership Henderson County and 2012 graduate of the Southeastern School of Banking. She holds a BSBA in marketing from Union University (2006) and was a member of the Zeta Tau Alpha Sorority. Ashley is a 2002 honors graduate of Chester County High School in Henderson, TN.

Barnes resides in Jackson with her husband, Joel, and 21-month old son, Weston. She is an active member of Lighthouse Church in Jackson.
Community Bank has been serving the citizens of West Tennessee since 1961 and offers a variety of financial products and services. The bank’s Jackson office is located at 3200 North Highland Avenue. The Bank operates through its main office headquartered in Lexington. At March 31, 2019, the Company’s total assets were $157 million.