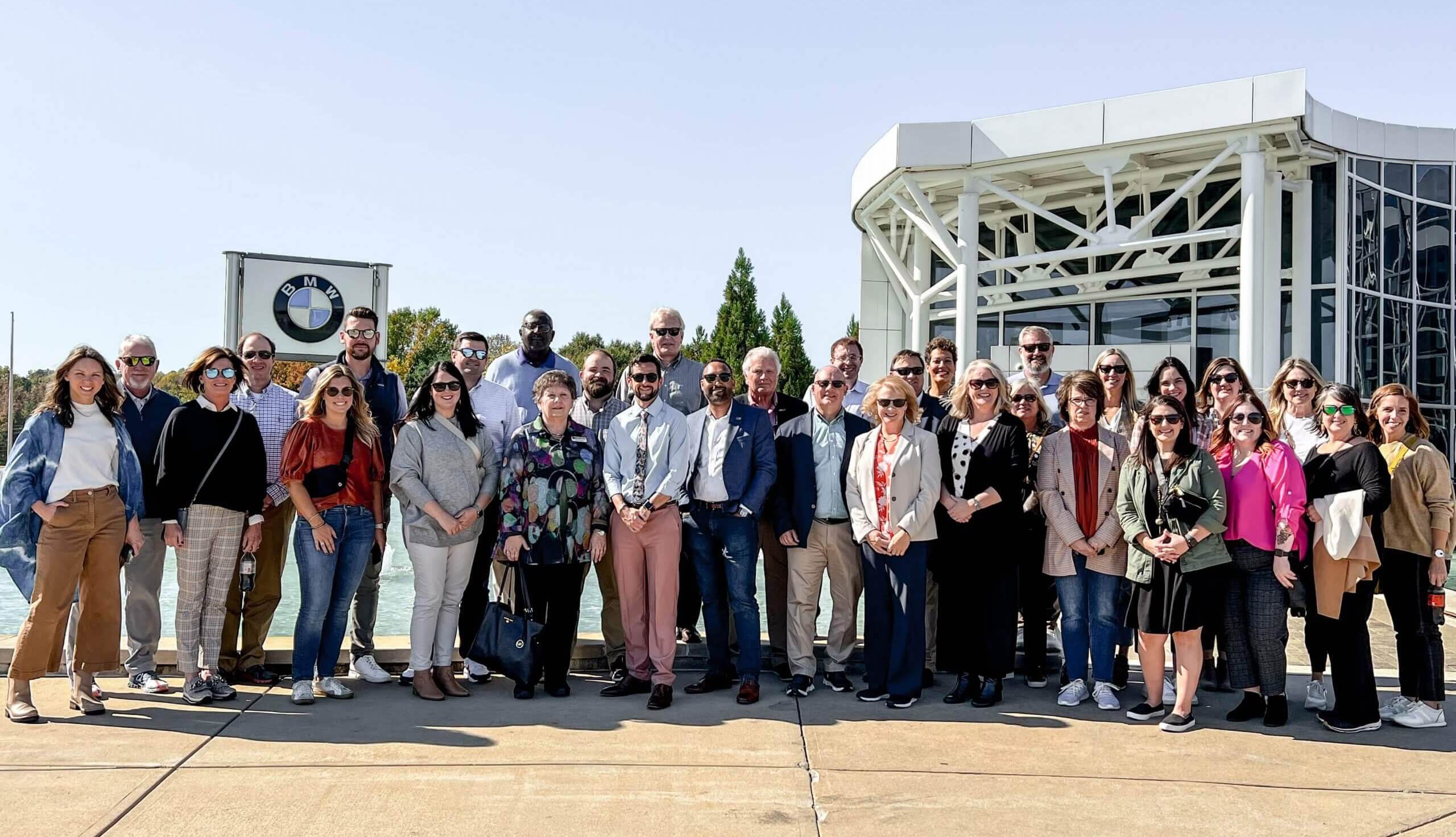 Jackson, Tenn. Oct. 31, 2022 - Greenville, S.C., has earned scores of accolades lately and is often named a “must-see destination.” But before it staged its great comeback, this city of 72,000 struggled with significant blight and poverty in its downtown. Yet today, the city is a bustling center for tourism and is also attracting new residents at a record pace.

To better prepare for the growth associated with BlueOval City, the Jackson Chamber organized a delegation of 33 members from Jackson and West Tennessee, representing local public and private entities. The group recently spent three days touring the city and surrounding areas to get a look behind Greenville’s success.

During the visit, the group toured BMW, visited the Center for Manufacturing Innovation, toured downtown and met with Greer’s mayor, Greenville’s mayor, as well as local economic development, affordable housing and parks representatives.

“The City of Greenville is somewhat similar to Jackson in terms of its population size, so it was very interesting to see the challenges they overcame and the approaches they took in revitalizing their downtown,” said Kyle Spurgeon, president and CEO of the Jackson Chamber.

Much of the city’s success can also be attributed to its collaboration with major employers in the region, such as BMW Group and Clemson and Furman universities and public-private partnerships fueling its revitalization and growth.

The challenge the city faces now is to ensure it remains affordable and desirable for those who live and work there and to recognize the impact of gentrification on the community. Greenville is working to preserve its existing affordable units while also acquiring property to support the production of new workforce housing.

“Much of what we learned was the need for vision, foresight and patience,” said Jake Bynum, Weakley County Mayor. “We need to think about where we want our individual communities and West Tennessee to be in 10-20 years.”