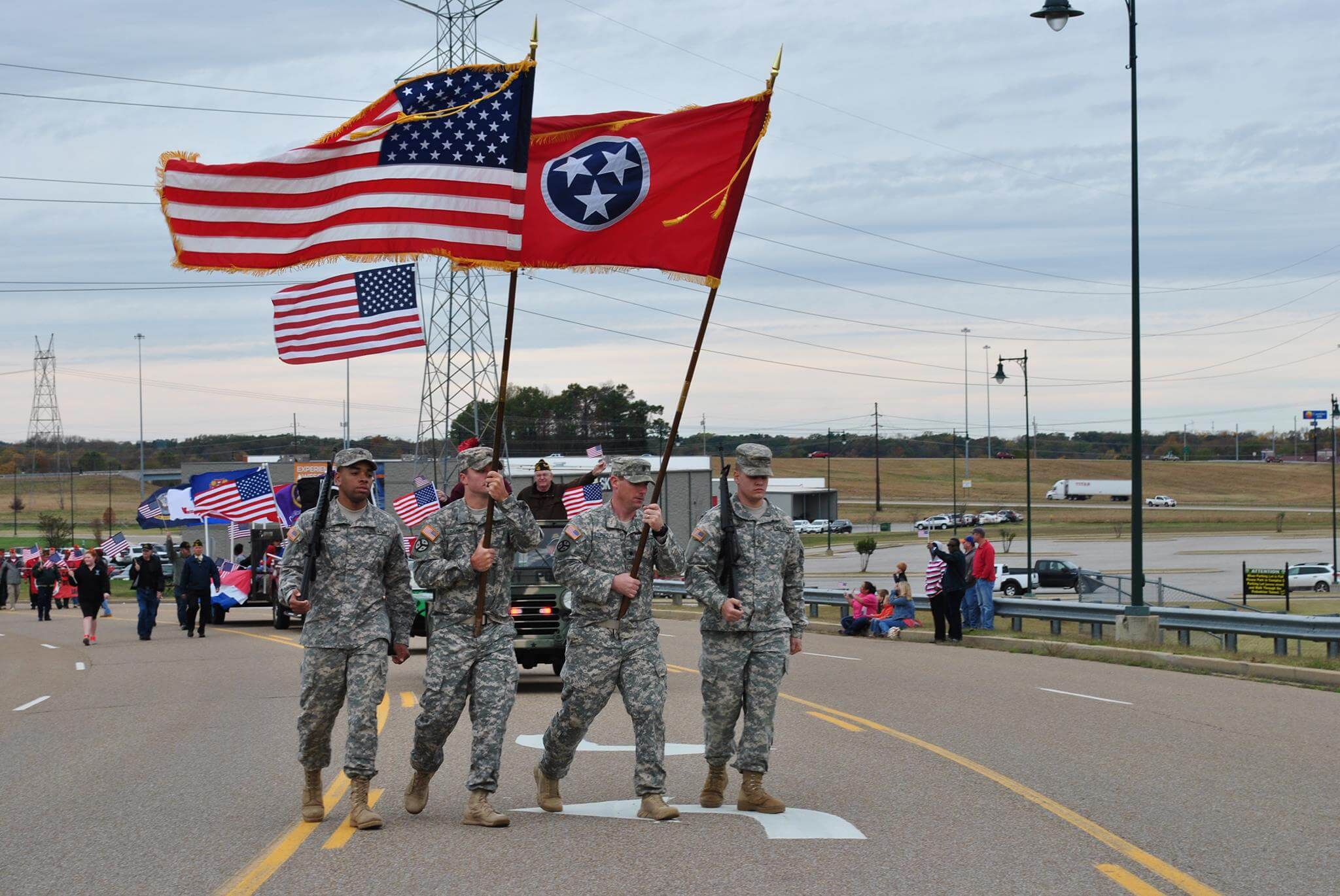 On Saturday, November 10th, 2018, there will be a Downtown Veterans Parade beginning at 11:00am.  Churches throughout Jackson and West Tennessee are invited to ring their bells to acknowledge the

On Saturday, November 10th, 2018, there will be a Downtown Veterans Parade beginning at 11:00am.  Churches throughout Jackson and West Tennessee are invited to ring their bells to acknowledge the Veterans.  To complete your parade entry form click here.

This year, there will be an opportunity for any parade attendee to march with our veterans and active military in the end of the parade as it passes.  The parade is also free.

The events are brought to you by the Veterans Program Committee, the City of Jackson, Madison County and Visit Jackson, Tennessee.  For more information or to learn more about becoming a sponsor, please call (731) 427-1271 or visit https://www.facebook.com/westtnveteransparadeandprogram/

She has taken over 750 veterans to Washington DC, New Orleans, Pearl Harbor, Normandy, Italy, England, and Belgium on “Trips of Honor” and honored more than 700 WWII veterans with A USO-type show in Memphis in 2011 and 2015.

In 2008, Diane was named a Jefferson Award Winner, which is the Nobel Peace Prize for volunteerism at a local level.  She is a 2009 graduate of Leadership Collierville and was selected by the Commercial Appeal as one of twelve who made a difference in Memphis in 2010.  She is an Honorary Marine, and received the National Patriotism Award from the Daughters of the Revolution in 2012.  She also received “The Legion of Honor Award” in 2013, from The Chapel of Four Chaplains for her outstanding, sacrificial service to the community.

Diane is originally from Morrilton, Arkansas, but currently lives in Rossville, TN with her husband, Greg, a pilot for FedEx Express. She has three grown children.

To register your veteran click here.  The event is free to attendees. Join us in showing our appreciation to the Veterans for the sacrifices they made for our country.