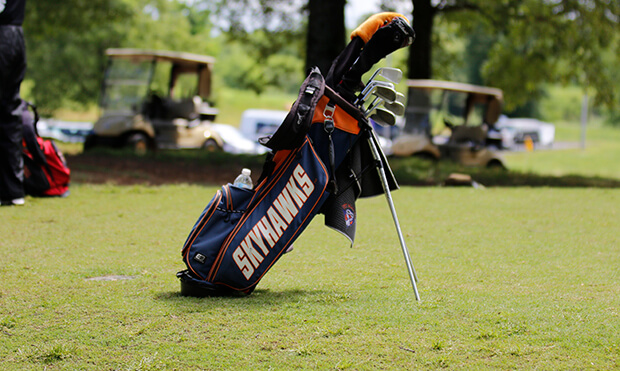 The University of Tennessee at Martin golf program goes for its fourth tournament victory of the season when it hosts the Grover Page Classic on March 11-13 at the Jackson Country Club in Jackson, Tenn.

Action starts on Sunday, March 11 with a practice round before the 54-hole stroke play event takes place over the next two days. A shotgun start is scheduled for 8:30 a.m. on Monday, followed by the second round later that afternoon. The third and final round will take place with another shotgun start at 8:30 a.m. on Tuesday.

UT Martin has won the tournament title five times since 2009, including last season’s event where the Skyhawks topped the field by 13 strokes. Skyhawk junior Hunter Richardson has carded a pair of top-three finishes in this tournament, placing second last year (213, -3) while finishing in third place (210, -6) in 2016.