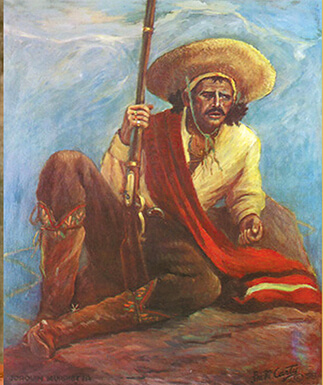 Core Ensemble will perform the chamber music theatre work, Los Valientes, The Courageous Ones. Actor David Perez-Ribada will give a theatrical presentation of the lives and passions of Mexican painter

Chamber music theatre is a unique performance format created by the Core Ensemble, featuring a marriage of theatrical narrative to chamber music performance.

David Perez-Ribada portrays multiple characters while interacting with the onstage musical trio of cello, piano and percussion. David has performed a wide variety of stage roles throughout the United States, including the World Premiere of Anna in the Tropics. He has appeared on the Fox TV Network as well as in several independent films. David studied acting at Florida International University and now resides in New York City.

This performance by the Core Ensemble is presented as a free community event by the International Education program of Jackson State. Spanish club advisor Mary Wadley states that JSCC is committed to bringing events to West Tennessee that offer area residents an opportunity to experience great music and talent with cultural diversity that is not common to the area.

For more information regarding this performance or other opportunities in international education at JSCC, contact Mary Wadley at 731-424-3520 ext. 50252 or email her at mwadley@jscc.edu.