Mayor Scott Conger has selected Harlem Globetrotter A.J. Merriweather to honor as the City of Jackson’s next Hub City Hero.

Merriweather is from Jackson, Tennessee and began his basketball career as a South Side Hawk where he developed a reputation for his thrilling dunks and remarkable athleticism. He played basketball at Eastern Tennessee State University (ETSU) on a full-ride scholarship where he received a degree in engineering. 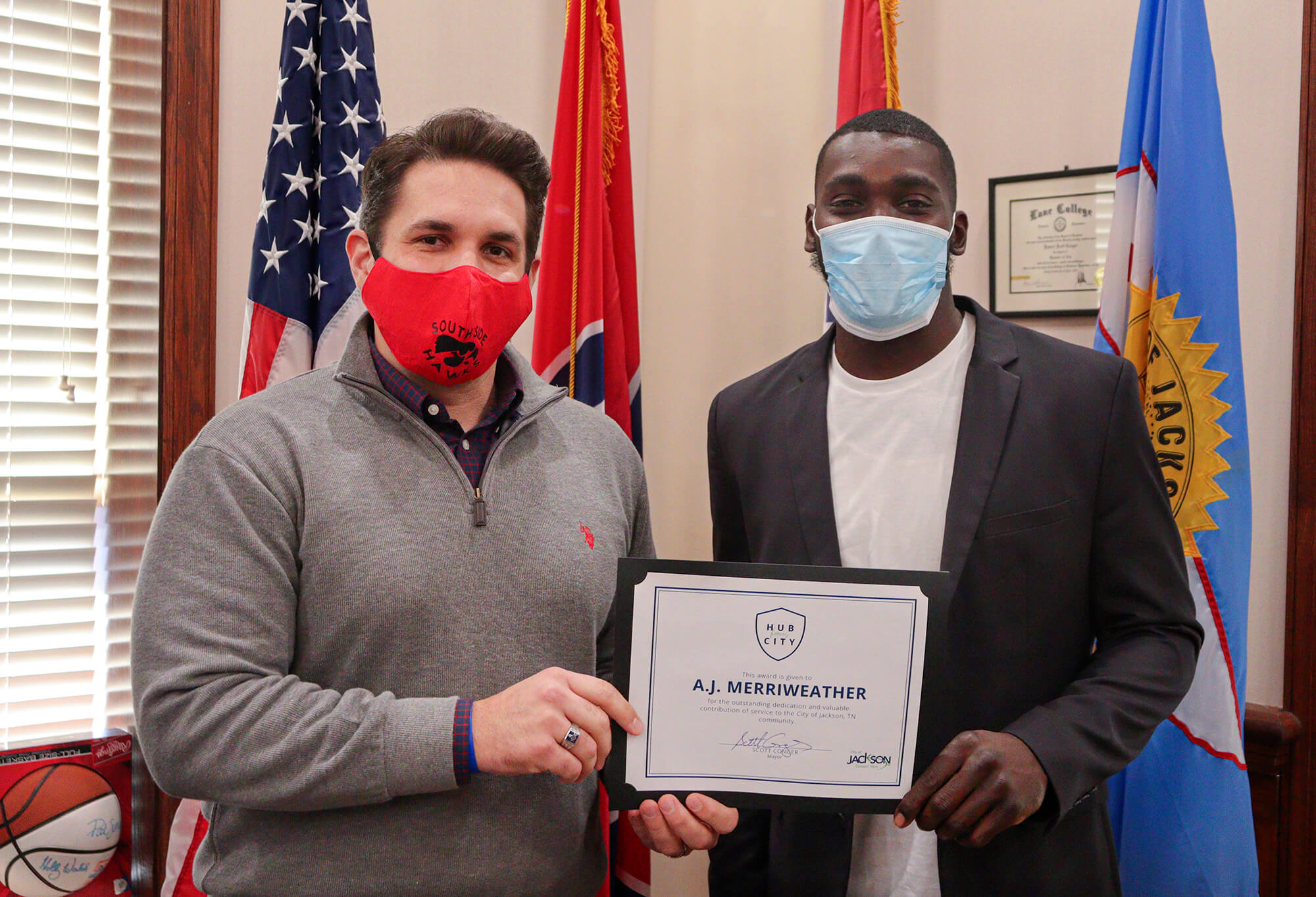 Merriweather often mentors and works with youth at the T.R. White Sportsplex where he practices for the Harlem Globetrotters. He has donated more than 50 basketballs to the Boys and Girls Club of Jackson. In addition to his local philanthropic efforts, Merriweather has participated in several youth basketball camps at ETSU.

“A.J. is not only an extraordinary basketball player, he also uses his talents to inspire and encourage young people in Jackson,” said Mayor Scott Conger. “He turned his passion into a path to higher education and then into an opportunity to travel the United States while doing what he loves. He has impeccable character and is a great role model to high school athletes.”

“Hub City Heroes” selflessly and steadily give of their time and talent to improve the lives of others in the community. Recognition as a hero is one small way to thank these public servants for their efforts and it gives honorees the opportunity to raise awareness for causes that are important to them.

Recipients will be selected monthly and nominations are continuous. To nominate a hero, visit jacksontn.gov. Candidates must be a resident of Jackson, Tennessee

After a year of heroes have been recognized, one hero will be selected and awarded $1,000 to donate to a non-profit of their choice. For more information, visit jacksontn.gov.