Do you hear it? Only the music of Jackson and West Tennessee could connect Memphis’ Beale Street and Nashville’s Music Row. Join us as we celebrate the rich musical legacy of our region with the conclusion of the 2021 season of Jackson’s Award Winning music venue Jackson‘s Amphitheater at the Market (AMP).

Located in the heart of Jackson behind the West Tennessee Farmers’ Market and within walking distance of the Jackson Walk, the AMP ends the 2021 Season on September 24. 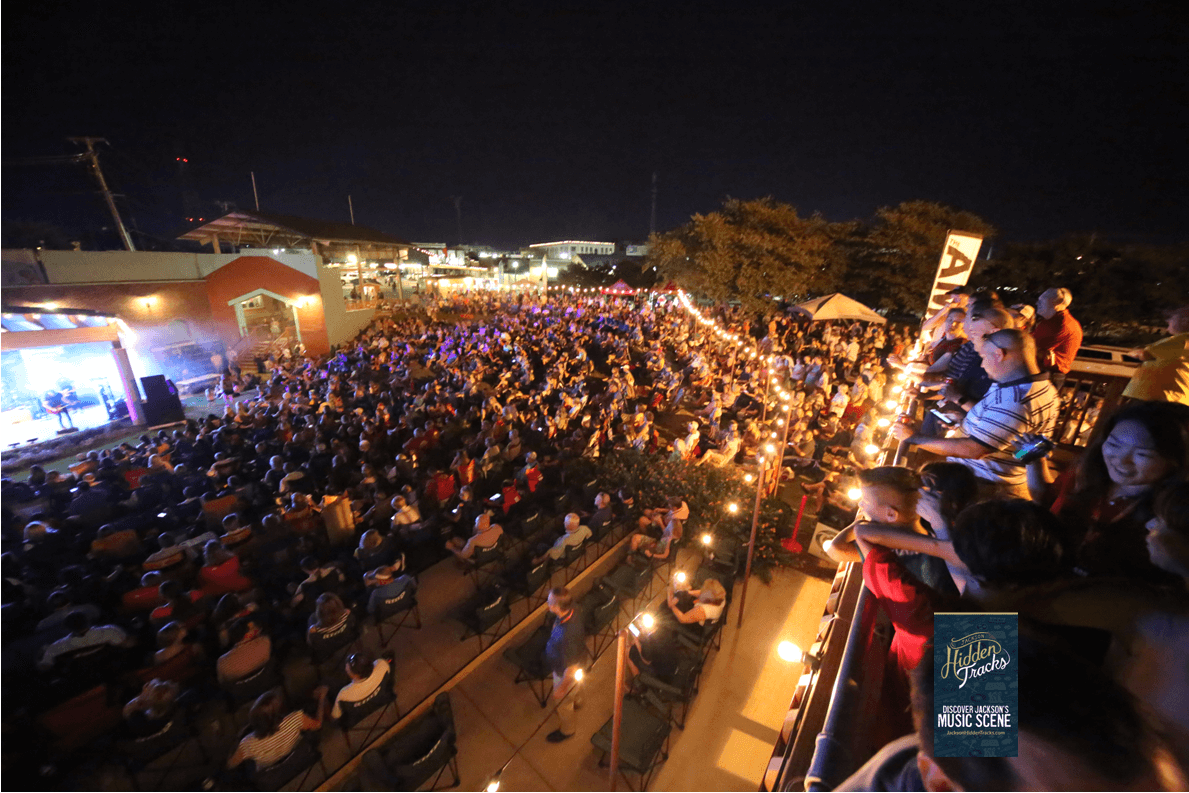 The open air venue encourages guests to bring their picnic basket or visit one of the food concessions. Music on the Main Stage will begin at 7:30 pm. Blankets and lawn chairs are welcome at this family friendly event! Free parking is available throughout Downtown. In the event of rain, please refer to the AMP’s facebook page for updates.

Jackson’s Amphitheater at the Market is a collaborative project between the City of Jackson/
West Tennessee Farmers Market, Visit Jackson Tennessee and numerous community volunteers. To connect with what’s happening at the AMP, visit them on Facebook at https://www.facebook.com/JacksonAMPattheMarket/

*In 2016 the AMP was recognized as a runner-up “Best Venue” to see a live performance by The Jackson Sun’s Readers’ Choice Awards.
* 2016 the AMP was recognized as a Top 20 Venue by THE MORTIMER & MIMI LEVITT FOUNDATION dedicated to reinvigorating America’s public spaces through creative placemaking and creating opportunities for everyone to experience the performing arts. The need for more third places—those informal gathering spots outside the realms of home and the workplace—has become increasingly clear in today’s world and guides us in our community-driven efforts.
*2017 the AMP was recognized by The Jackson Sun’s 2017 Readers’ Choice Awards as the “Best Jackson Attraction” and the “Best Jackson Event.”
*2018 Welcomed the season’s 5th Year with the largest crowd celebrating the 15th Year Anniversary of Toyota Bodine in Jackson.