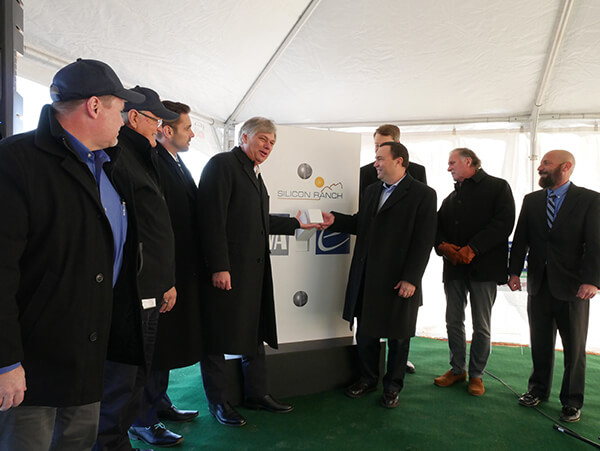 Nashville-based Silicon Ranch, the U.S. solar platform for Shell and one of the nation’s largest independent solar power producers, funded the construction and will own and operate the facility. The solar farm is designed to generate more than 3,500 megawatt-hours of electricity annually, with zero carbon emissions and zero water consumption. 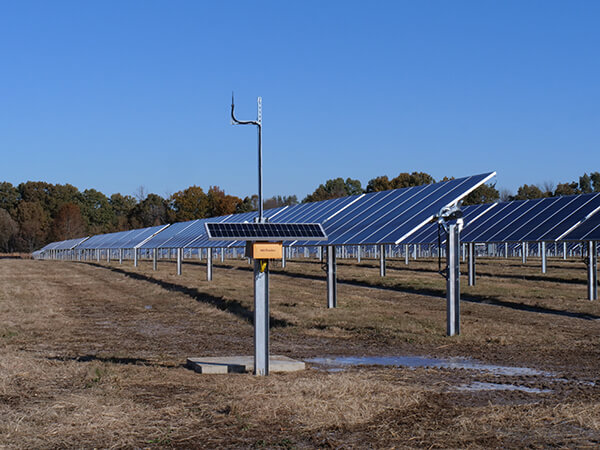 “Sustainability is an important aspect of the industrial community’s culture,” says Jim Ferrell, President & CEO, Jackson Energy Authority. “This solar farm is the first project of its kind for Jackson Energy Authority. It occupies more than 20 acres and is an Industrial Community Solar Project designed to support the efforts of our industrial community to reach their sustainability goals.”

The project has special personal significance for Silicon Ranch Co-Founder and Board Chairman Matt Kisber, who grew up in Jackson and represented the community for twenty years in the Tennessee House of Representatives. “I call Jackson ‘home’ and am personally proud that my company Silicon Ranch will also call Jackson ‘home’ for decades to come. On behalf of our entire team, I applaud the staff, leadership, and Board of Directors at Jackson Energy Authority for their commitment to meet the sustainability goals of their industrial customers in a creative, cost-effective manner, and I thank TVA for making this partnership possible.”

The entire project was developed in partnership with TVA. “Cost-effective, renewable energy is an important part of TVA’s diverse energy portfolio and projects like the Jackson, Tennessee Solar Farm help businesses reduce their carbon footprint and achieve their sustainability goals,” said Chris Hansen, TVA director of Origination & Renewables. “We’ve reduced our carbon dioxide emissions by 60% from peak levels and are targeting 70% reduction by 2030. We are committed to working with businesses and communities to create a cleaner, greener future for the Tennessee Valley.”

Jackson Energy Authority is one of very few public utilities in the nation offering all major utility and telecommunications services from one provider. As a customer-owned utility, and home to Tennessee’s first state-of-the-art, community-owned fiber-to-the-home network, Jackson Energy Authority provides electric, gas, propane, water, wastewater, cable tv, Internet and telephone services to thousands of customers in Jackson, TN and parts of Madison County. Known for its unmatched customer service and commitment to community, the Authority maintains a mission of creating value for its customers and helping improve the quality of life in the community it serves. To learn more, visit JaxEnergy.com, EplusBroadband.com and by following Jackson Energy Authority on Facebook and Twitter.

Silicon Ranch is the U.S. solar platform for Shell and one of the largest independent solar power producers in the country. Silicon Ranch develops to own all its projects for the long-term, a distinction that means the company is deeply committed to its partners and communities and stands behind the performance of its facilities day in and day out. The company’s operating portfolio includes more than 125 facilities across 14 states from New York to California, including the first large-scale solar projects in Tennessee, Georgia, Mississippi and Arkansas. To learn more, visit SiliconRanch.com and by following the company on Facebook, Twitter, and LinkedIn.

The Tennessee Valley Authority is a corporate agency of the United States that provides electricity for business customers and local power distributors serving nearly 10 million people in parts of seven southeastern states. TVA receives no taxpayer funding, deriving virtually all of its revenues from sales of electricity. In addition to operating and investing its revenues in its electric system, TVA provides flood control, navigation and land management for the Tennessee River system, and assists local power companies and state and local governments with economic development and job creation.