Jonathan Singleton and Brandon Lay Perform At The AMP

Fifteen years ago, Toyota broke ground on a state-of-the art manufacturing plant that now makes more than 1.5 million engine blocks a year. Today, in fact, every Toyota assembled in North America, from the Camry in your driveway to the Tundra down the street, starts with an engine block produced in Jackson, Tennessee.

The engine block is the heart of the engine, providing a strong and stable base for every function of the engine. To make the aluminum blocks in Jackson, Toyota has invested $315 million, including a $14.5 million investment in 2017 to accommodate production of 2.5-liter engine blocks and hybrid transaxle cases and housings. Since 2003, the plant, which employs 300 people, has produced nearly 15 million engine blocks and 3.5 million transmission cases and housings for vehicles sold in the U.S. and in 31 other countries.

“Our Tennessee plant is the world’s highest quality producer of engine blocks for Toyota vehicles, and our team members are among the best in the industry,” says Shawn Daly, Toyota Bodine general manager. “Our team’s unmatched commitment to quality and safety, along with unwavering support from the local community has been – and continues to be – the foundation of our success.”

To thank the community for its 15 years of support, Toyota Bodine is hosting a Block Party – a free outdoor community concert on September 15 at The AMP in downtown Jackson, Tennessee. It will feature two of Jackson’s favorite country-singing sons: Jonathan Singleton and Brandon Lay. 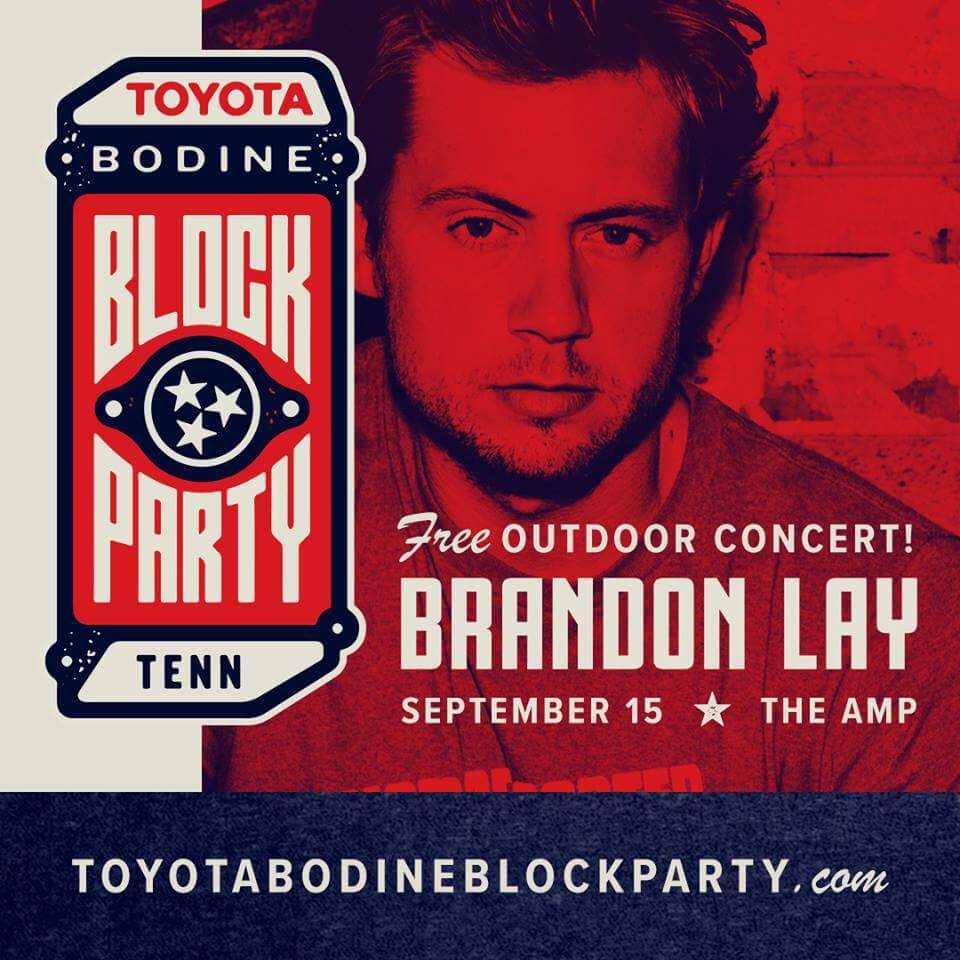 Singleton, a singer and songwriter known for penning chart-topping hits, will kick off the evening with an acoustic show at 6:30 p.m. Lay, who spent the summer touring with Kenny Chesney and was recently named one of Rolling Stone’s 10 new country singers to watch, will turn up the volume at 7:30 p.m. Food and beverage will be available for purchase from local food trucks.

Toyota will top off the event by announcing special donations to the community. Concert goers are also encouraged to bring a non-perishable food item to be donated to the RIFA foodbank.

For complete details, visit www.toyotabodineblockparty.com.The Block Party is part of the AMP Music Series and made possible thanks to the Jackson/Madison County Convention & Visitor Bureau.

Toyota (NYSE:TM) has been a part of the cultural fabric in the U.S. and North America for 60 years, and is committed to advancing sustainable, next-generation mobility through our Toyota and Lexus brands. During that time, Toyota has created a tremendous value chain as our teams have contributed to world-class design, engineering, and assembly of more than 36 million cars and trucks in North America, where we operate 14 manufacturing plants (10 in the U.S.) and directly employ more than 47,000 people (more than 37,000 in the U.S.).  Our 1,800 North American dealerships (nearly 1,500 in the U.S.) sold more than 2.7 million cars and trucks (2.4 million in the U.S.) in 2017 – and about 87 percent of all Toyota vehicles sold over the past 15 years are still on the road today.