Jonathan Singleton & The Grove Headline the Jackson Sound Concert Series, Saturday, November 25, 2017 at the Carl Perkins Civic Center in Downtown Jackson, Tennessee. Doors open at 6:00 pm with the Bryan Moffitt Band on the Lobby Stage. Rev. Jessie & The Holy Smokes kick off the Main Stage. Skyelor Anderson continues the action on the Main Stage and is followed by Jonathan Singleton & The Grove. 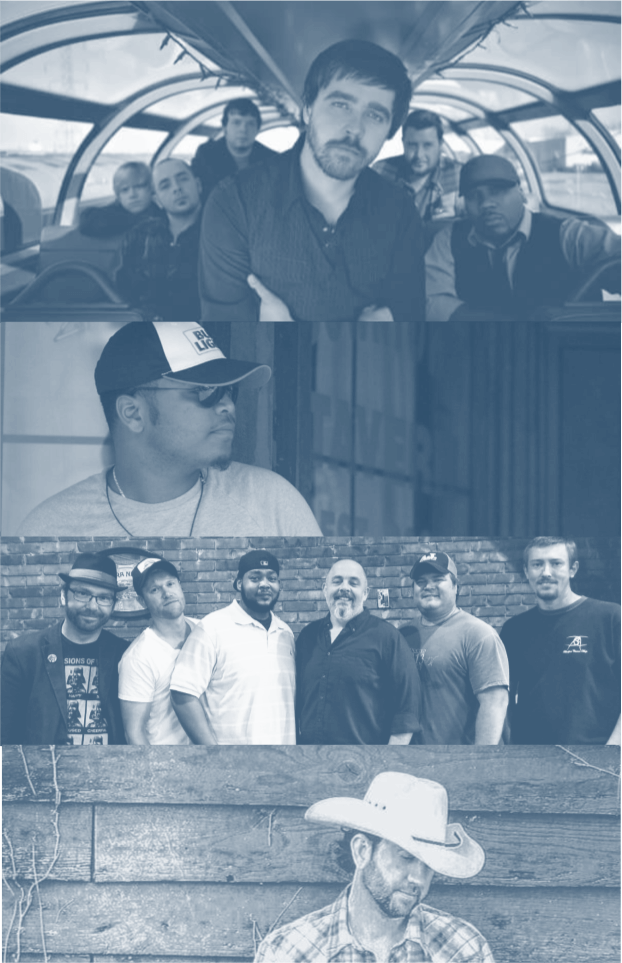 Jonathan Singleton relocated from West Tennessee to Nashville and has written eight number one hits including “Watching Airplanes,” Gary Allan "A Guy Walks Into A Bar," "Diamond Rings and Old Barstools," (Tim McGraw) and his most recent, "It's Yours If You Want It," (Rascal Flatts). Other hits include "Red Light" (David Nail), "Don't" (Billy Currington), and "Why Don't We Just Dance" (Josh Turner), which debuted at number five on the U.S. Billboard 200

Skeylor Anderson was a contestant on the first season of the popular television music competition, the X Factor. He is currently working in Nashville and recently became an endorsed artist for Bud Light Music and 10 top mobile casinos Central Distributors in Jackson TN. 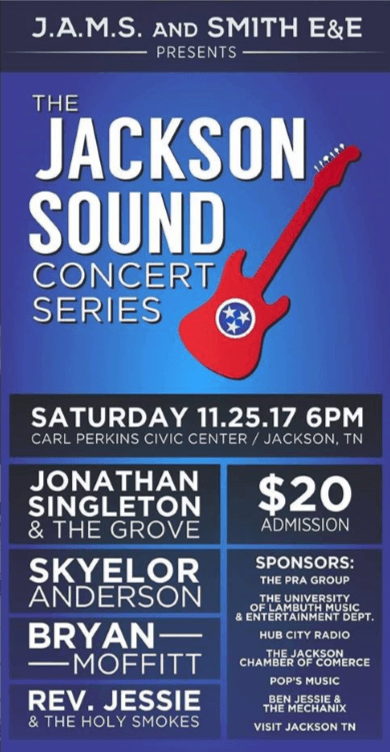 Need Tickets? Eventbrite’s the place. Worried about the price? The Jackson Sound Concert tickets are only $20. Concessions feature Coyote Blues and Rock’n Dough. The concert is an All Ages show with 21+ to drink.

Whether it’s an annual event or one of our great live music venues, experience the music which could only be “Made in Tennessee” found halfway between Memphis and Nashville in the heart of the Americana Music Triangle! Visit Jackson TN to connect with what is happening in Jackson and West Tennessee. Connect socially on Facebook and Twitter .