A new exhibit at  Jackson, Tennessee's City Hall will honor the “freshman four” civil rights pioneers from Lane College including Shirlene Mercer, Kimmie Davis, Wesley McClure and Ernest Brooks, Sr. In the fall of 1960, young college students fought to end racial segregation in a southern town through sit-in protests at Woolworth’s store. The activists endured threats, harassment and had objects thrown at them when they chose to sit at the “whites only” lunch counter within the store. This protest sparked a movement throughout the city as demonstrations moved on to other businesses downtown in an effort to fight Jim Crow laws and end segregation. 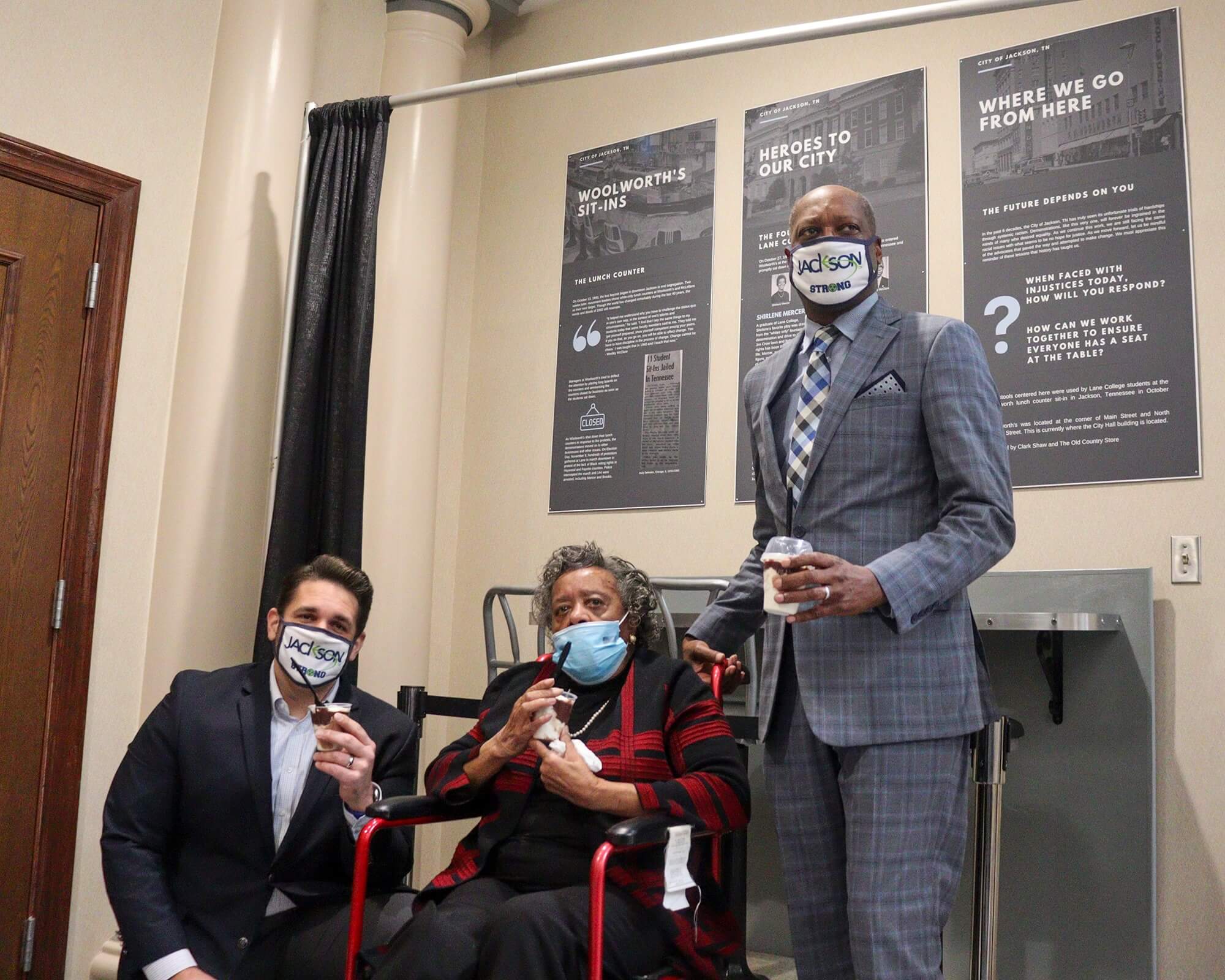 Pictured above are the Honorable Scott Conger, City of Jackson Mayor, Shirlene Mercer member of the Freshman Four, and Ernest Brooks, Jr. City Councilman and son of Ernest Brooks, Sr.

The brave actions by this group are part of Jackson’s history and American history. The “freshman four” were instrumental in changing the laws in Jackson and subsequently had a lasting impact on generations of African Americans in Jackson. Woolworth's was located at the corner of Main Street and North Liberty Street in Jackson, Tennessee. This is where the City Hall is now located. 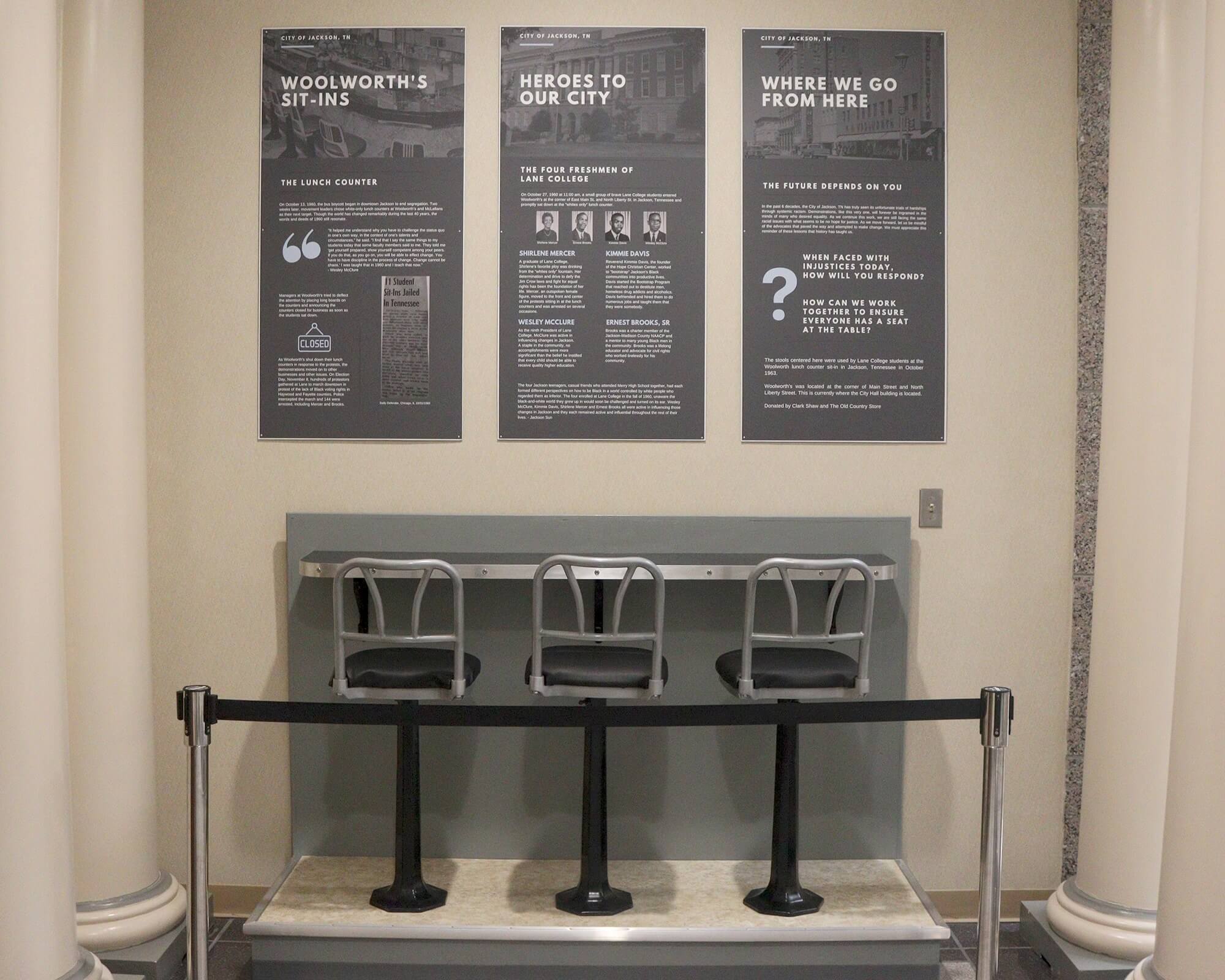 This is the second Woolworth sit-in exhibit in Jackson and will be located on the first floor of city hall. The first exhibit can be found at the Old Country Store in Casey Jones Village and was installed in February 2020.  Stools for the exhibit were donated by the late Clark Shaw of Brooks Shaw’s Old County Store.