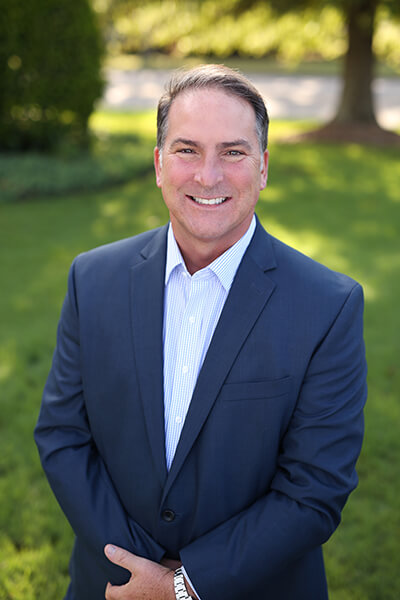 Leaders Credit Union, a member-owned financial cooperative based in Jackson, Tenn., is pleased to congratulate President and CEO Todd Swims on thirty years of service at Leaders Credit Union. Swims began work at Leaders in September of 1990 at 26 years of age in the member solutions department. After two years with the organization, Swims was promoted to his current role as President and CEO.

In 1990, Leaders Credit Union, known then as Jackson Madison County Teachers Credit Union, served 7,381 members. Leaders now serves over 55,000. In 1990, Leaders had one Jackson location. In 2020, Leaders serves members across West Tennessee with eight traditional branches, a mortgage center, corporate office, and a corporate culture center with a dedicated digital and call operation center. Leaders also takes a mobile-first approach, offering its members a robust mobile app and online banking platform. In 1990, Leaders had 13 employees, also known as financial champions. Leaders is now home to 165 financial champions and has been voted Best Place to Bank, Best Mortgage Service by the Jackson Sun Readers Choice Awards, and Business of the Year by the Jackson Chamber. In addition to Swims celebrating 30 years leading the company, Leaders is proud to be home to seven other financial champions who have been with Leaders for over 20 years.

On Thursday, September 10, in celebration of Todd Swims 30 years at Leaders, Leaders gave away $30 each hour at a different branch location throughout the day. Leaders employees were also encouraged to dress in their favorite 1990’s attire to celebrate the decade that started it all. A slideshow will be shown in branches and on social media.

In addition to his service at Leaders, Swims is also an avid community advocate. Currently, he serves at a board level for various community organizations. Swims is also passionate about not-for-profit cooperative banking and has served in various leadership capacities promoting and enhancing credit unions in Tennessee. He has served on the board with the Tennessee Credit Union League and is a member of the Tennessee Department of Banking Commissioner’s Task Force. Swims currently serves as a director for VolCorp Credit Union in Nashville and serves as a director for Confluent Strategies in Memphis, Tennessee.

To learn more about Leaders Credit Union, visit the website at leaderscu.com.

Leaders Credit Union is a member-owned financial cooperative headquartered in Jackson, Tenn. Leaders was established in 1957 by five Jackson educators and has grown to over 55,000 members and eight branches across West Tenn. As one of the largest and most stable credit unions in the nation, Leaders exists to serve the needs of its members and lead the way on their behalf. Leaders is an Equal Housing Lender and is federally insured by the National Credit Union Administration.