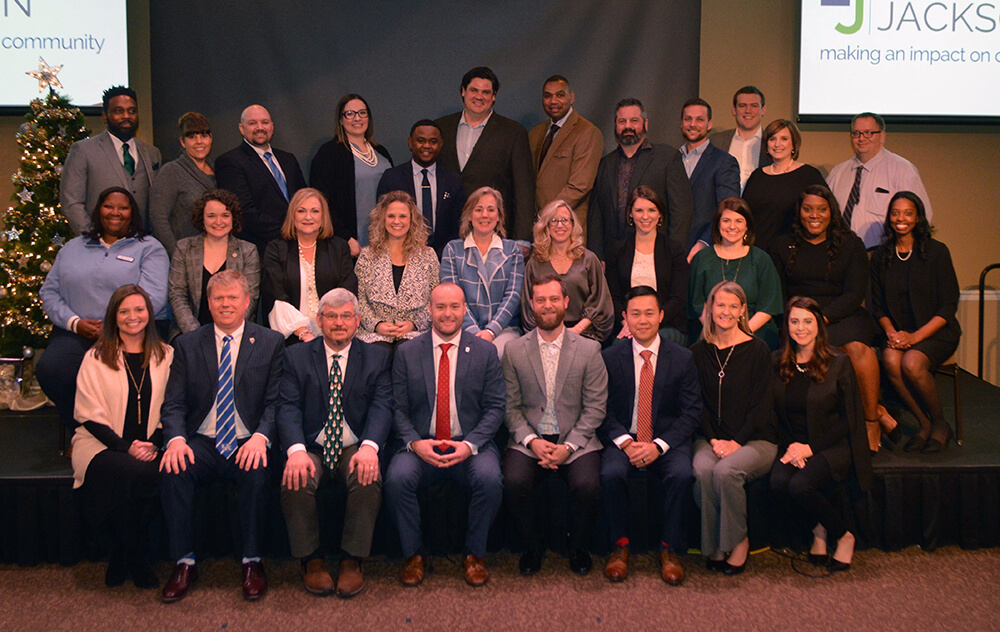 Leadership Jackson's Class of 2019 graduated on December 12, 2019 at Union University.

Leadership Jackson, the chamber’s adult leadership development program, gives business professionals, employed with companies that are chamber members the opportunity to better understand the community, the opportunities and the challenges it faces. Class members visited community landmarks, met with area leaders and participated in weekly sessions about topics impacting Jackson-Madison County, including education, healthcare and government.

“The 41st Leadership Jackson class really took charge of their experience. Those of us aiding them in their growth and education couldn’t be more proud of what they’ve achieved,” says Russ McKelvey, Leadership Jackson 2019 co-chair and manager of Mack Pest Control. “Our community now has 31 individuals that are empowered in a way that will make Jackson better for years to come. Being able to see their success and learn from it has been uplifting to me. I’m thankful to have worked with this year’s class alongside Shelby Matthis, co-chair and Brandy Stutsman.”

During the graduation ceremony, class members were recognized for their achievements and received their Leadership Jackson graduate certificate of completion. The class chose Blake Beckham, who works at Jackson Christian, to be its spokesperson and share their reflections of going through the three-month program and how it will influence their lives. The class also selected Alexis Long, with Alexander Thompson Arnold, PLLC, as the 2019 class social chair. Long will be responsible for scheduling class meetings and coordinating the 2020 socials.

Nick Hayes, with Hiller Plumbing-Heating-Cooling- Electrical, was selected to be vice chair of Leadership Jackson in 2020. He will serve with McKelvey, who will assume the chairmanship. 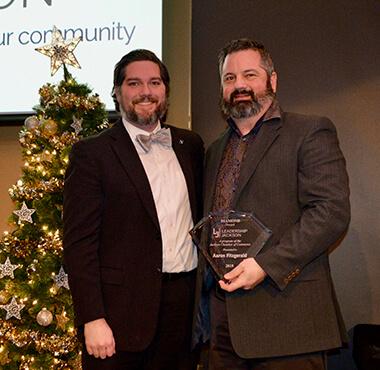 Leadership Jackson alumni who were recognized are Sabrina Anderson, Boys & Girls Club of Jackson, class of 2016, the Emerging Leader Award; Joseph Ross, The Bank of Jackson, class of 2014, the Community Observance of Personal Excellence (COPE) Award; Leigh Anne Bentley, Leaders Credit Union, class of 2008, the Harbert Alexander Award for Servant Leadership; and Clay Crockett, Stanley Black and Decker, class of 2014, the national Distinguished Leadership Award. Crockett’s award was created to recognize exceptional community leadership graduates who have made significant contributions to better their communities. The Association of Leadership Programs is a national association of leadership programs across the country.

“It has been a pleasure to witness the 2019 class embrace ‘servant leadership’ since the program began in September,” said Brandy Stutsman, director of leadership development, Jackson Chamber. “The more they learn about Jackson-Madison County, the more they invest for the greater good of our community. It will be exciting to see their continued impact in serving others.”

The Leadership Jackson Class of 2019 graduates include:

For more information on Leadership Jackson, visit its website at LeadershipJackson.com.