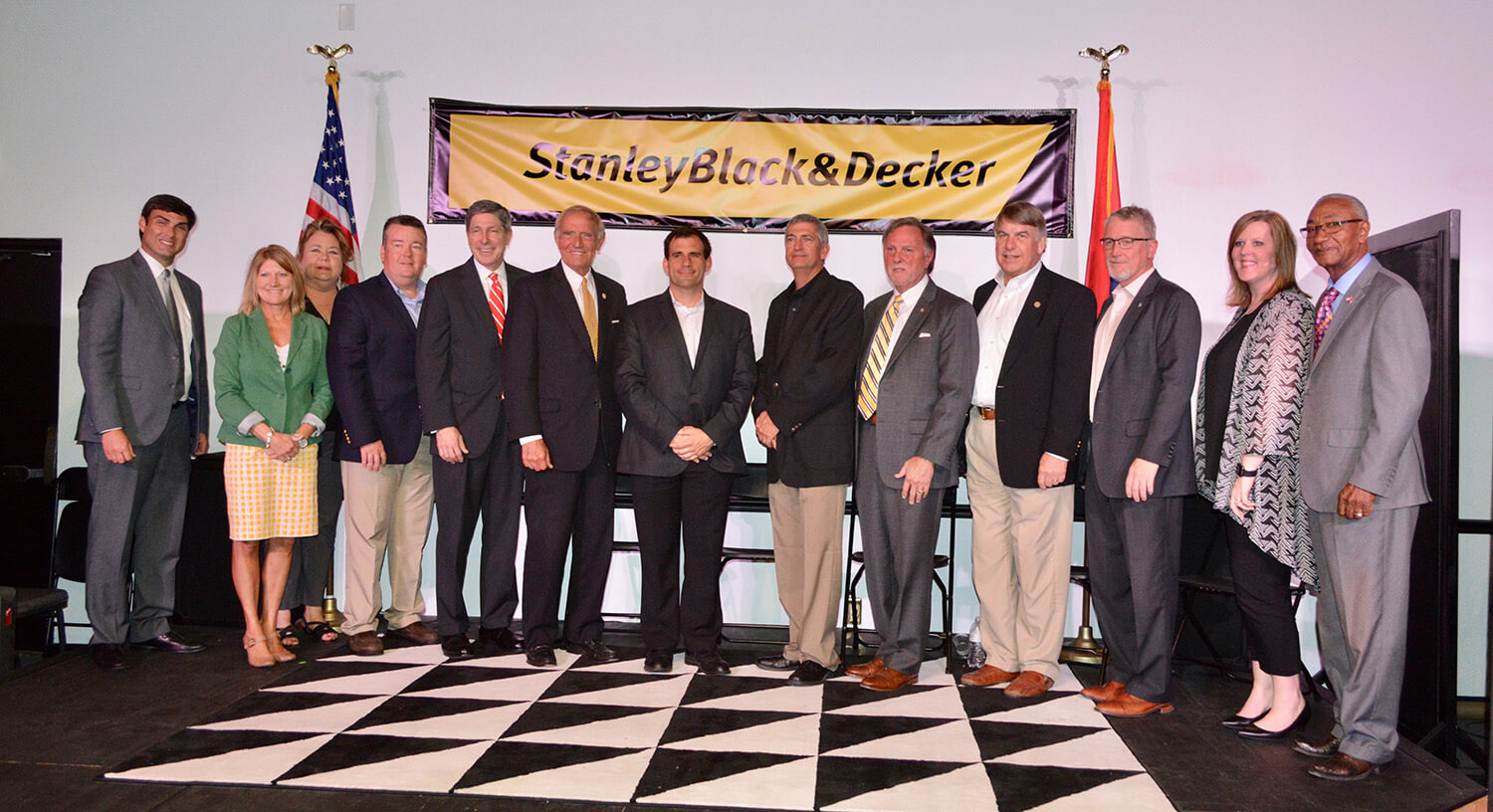 Stanley Black & Decker’s investment will relocate new lines of production and product development to its facility in Madison County. The Fortune 500 Company plans to create approximately 255 new jobs at its Jackson facility.

“When a global company like Stanley Black & Decker makes a considerable investment like this, it sends a clear message: If you’re looking for a strong workforce and business-friendly environment, look no further than Tennessee,” Haslam said. “Stanley Black & Decker has long been a valuable corporate citizen in Jackson and this investment brings us closer to making Tennessee the No. 1 location in the Southeast for high quality jobs.”

“I recently had the opportunity to tour Stanley Black & Decker’s Jackson facility and meet with the management team,” Rolfe said. “For decades, the Jackson community has been able to provide the dedicated, high quality workforce Stanley Black & Decker needs to run such an impressive operation. I’m pleased the company’s leadership has decided to make this major investment and create more than 250 new jobs in Madison County."

The Jackson plant is currently undergoing major upgrades to create one of Stanley Black & Decker’s first “Lighthouse” facilities, which will serve as a showcase and model for new advanced manufacturing techniques, systems and processes.

“Not only are we adding jobs, capacity and volume in Jackson as a result of growth driven by the commitment of an excellent team, we’re doing something even better,” Jeff Ansell, President of Stanley Black & Decker’s Tools business, said. “We are adding capabilities that will turn this facility into the pinnacle of next-generation manufacturing. As a company, we operate nearly 30 factories in the United States, and our team in Jackson has earned this investment. I have confidence that they will capitalize upon this opportunity and set the standard for manufacturing in our facilities around the world.”

In addition to the increase in jobs and capacity, Stanley Black & Decker also reaffirmed its commitment to the Jackson community by announcing a scholarship program at the Tennessee College of Applied Technology (TCAT). The five-year, $50,000 scholarship program will support students enrolling at the College beginning this fall, and will further the TCAT’s mission to provide occupational and workforce development opportunities to area residents.

“With the increase in jobs coupled with the increased in advanced manufacturing capabilities, we believe that it makes perfect sense for us to additionally support TCAT’s efforts to develop the manufacturing workforce of the future,” Don Tucker, Plant Manager for Stanley Black & Decker’s Jackson facility, said. “This program represents our commitment to supporting the development of the next-generation of employees right here in this region.”

“Stanley Black & Decker has been a dynamic force in Jackson’s economy with a longtime commitment to community,” City of Jackson Mayor Jerry Gist said. “We are thrilled for its success and growth in our area and proud the company calls Jackson home.”

“Stanley Black & Decker’s devotion to excellence and proficiency in our economy reinforces sustainability and livability in this area,” Madison County Mayor Jimmy Harris said. “We are proud to have the company as a longstanding member of the Madison County business community.”

About the Tennessee Department of Economic and Community Development

The Tennessee Department of Economic and Community Development’s mission is to develop strategies that help make Tennessee the No. 1 location in the Southeast for high quality jobs. To grow and strengthen Team Tennessee, the department seeks to attract new corporate investment in Tennessee and works with Tennessee companies to facilitate expansion and economic growth. Tennessee is the only three-time winner of “State of the Year” for economic development by Business Facilities magazine. Find us on the web: TNECD.com. Follow us on Twitter: @TNECD. Like us on Facebook: facebook.com/TNECD.