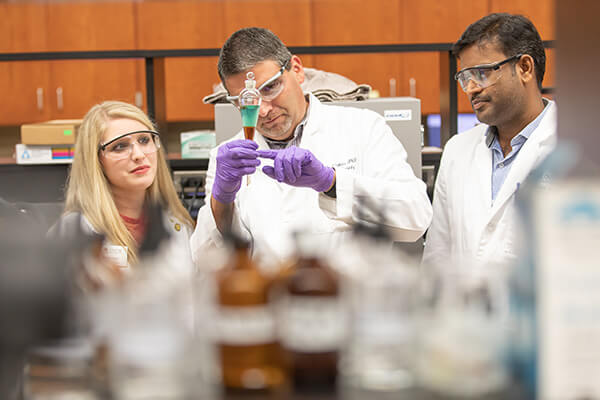 Union is one of only three pharmacy schools in the U.S. to achieve a 100 percent pass rate this year out of 140 schools and the only one in the Southeast to do so.

Issued by the National Association of Boards of Pharmacy, the NAPLEX is a standard examination used to measure candidates’ knowledge of the practice of pharmacy and is one component of the pharmacy licensure process. The national average NAPLEX first-time pass rate in 2019 was 88.34 percent for all graduates from programs accredited by the Accreditation Council for Pharmacy Education.

“It is actually rare and quite difficult to reach this benchmark because the scores are solely dependent upon each individual student’s performance on his or her exam,” said Sheila Mitchell, founding dean for Union’s College of Pharmacy and past-president and member of the Tennessee Board of Pharmacy.

“This accomplishment provides indisputable evidence that all of our graduates are ‘practice-ready’ when they complete our program,” Mitchell said. “It assures potential incoming students that selecting to pursue their pharmacy education at Union University College of Pharmacy is a wise and sound investment of their time and resources, because we have a proven track record of success and excellence.”

Find out more about Union University and Union's College of Pharmacy.