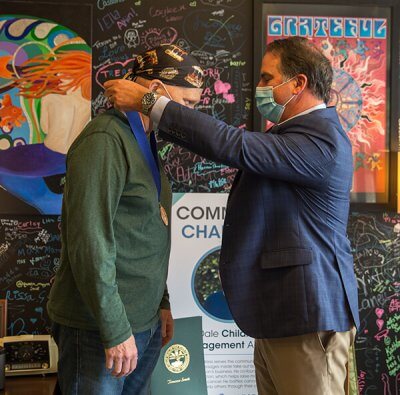 Leaders Credit Union and WBBJ-TV are proud to announce Dale Childress, of Woodstock Bake Shop and the “Livin a Dream” Foundation in Jackson, was selected as the West Tenn. national nominee at the Jacqueline Kennedy Onassis Awards celebration. Due to an upswing in COVID-19, the annual Jefferson Awards luncheon was cancelled. The national awards ceremony will take place virtually from Washington, D.C.

For the third year, Leaders Credit Union has partnered with WBBJ-TV to bring the Jefferson Award Foundation’s Multiplying Good Awards to the West Tennessee community. Multiplying Good honors community champions who are “ordinary people doing extraordinary things without expectation of recognition.” The awards are given at both national and local levels. Since May 2019, a new honoree has been selected each month. Recipients are nominated by their peers and chosen by the Multiplying Good committee members of West Tennessee. The 2019-2020 West Tennessee winners include: 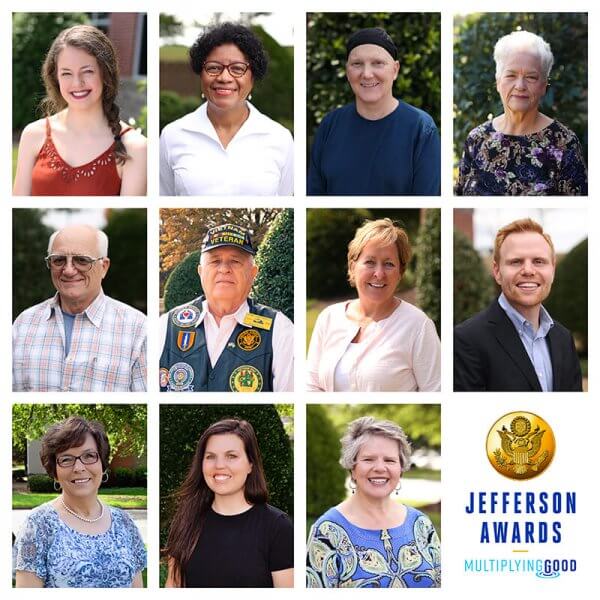 Award recipients are volunteers and champions for numerous charities and causes across West Tennessee, including mentorships, community events, veteran service, homeless service, scholarship fundraising, blood donation, and beyond. A video package on each recipient can be viewed on the WBBJ-TV website here.

“We are honored to be a small part of bringing our community’s champions into the light for others to be inspired by, and model after,” said Todd Swims, President and CEO of Leaders Credit Union. “By honoring these unsung heroes, we can say thank you, and your work does not go unnoticed.” 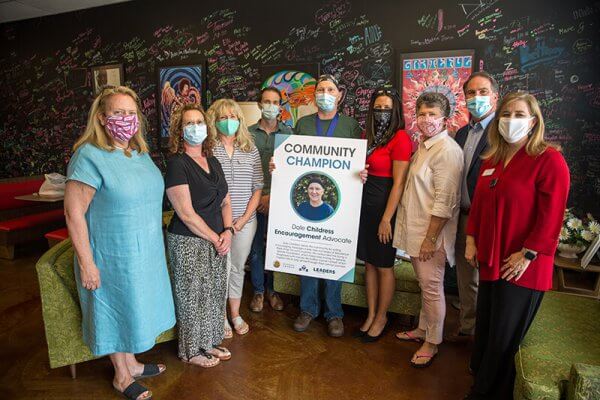 Dale Childress is surrounded by employees from WBBJ-TV and Leaders Credit Union.

Dale Childress of Jackson, Tenn., was selected as the West Tenn. national nominee for the Jacqueline Kennedy Onassis Award, representing the greatest possible service to a local community by a private citizen. The national Jefferson Awards Foundation event will take place in September, presented as a one-hour live stream online.

Childress makes a positive impact in the Jackson community by hand-writing encouraging messages inside take out boxes at Woodstock Bake Shop, his son Matt’s business. He also co-founded the “Livin a Dream” Foundation, which helps raise money for people diagnosed with cancer. Childress continues his own fourteen-year cancer battle, which inspires him to help others through their cancer journeys.

“The Jefferson Awards Foundation is very honored to partner with Leaders Credit Union and WBBJ-TV to bring the awards to the West Tennessee community and to celebrate the accomplishments and service of local neighbors,” said Margaret Nasta, Vice President of Media Partners for the Jefferson Awards. “We are excited for this year’s national nominee and look forward to celebrating them.”

If you would like to nominate a champion in your community, visit leaderscu.com or www.wbbjtv.com, and follow the prompts.

Leaders Credit Union is a member-owned financial cooperative headquartered in Jackson, Tenn. As one of the largest and most stable credit unions in the nation, Leaders exists to serve the needs of its members and lead the way on their behalf. Leaders was awarded the Best Place to Bank by Jackson Sun’s Readers’ Choice and is placed in the top 1% of credit unions nationwide by depositaccounts.com. Leaders is an Equal Housing Lender and is federally insured by the National Credit Union Administration. For more information about Leaders Credit Union, visit the website.