In keeping with its tradition of community, service and fun, The Old Country Store will host the inaugural Casey Jones Village Festival Saturday, July 9, 2022. The free event will be from 10 a.m. until 3 p.m. with vendors, food trucks and activities that include local artisans, children’s games, arts and crafts. The day will culminate with a concert at the Casey Jones Village Amphitheater featuring singer-songwriter Ellie Holcomb. Local faith-based artist David Ashley Trent will open for Holcomb. Tickets for the concert are$10 per person, gates will open at 6 p.m., and Holcomb will take the stage at 7 p.m.

Businesses, individuals and vendors are invited to be part of this historic Jackson-Madison County Bicentennial celebration. For more information about sponsorships or vendor opportunities, individuals may contact Brianna Kline at 731-668-1223 or email contactcaseyjonesvillage@gmail.com. 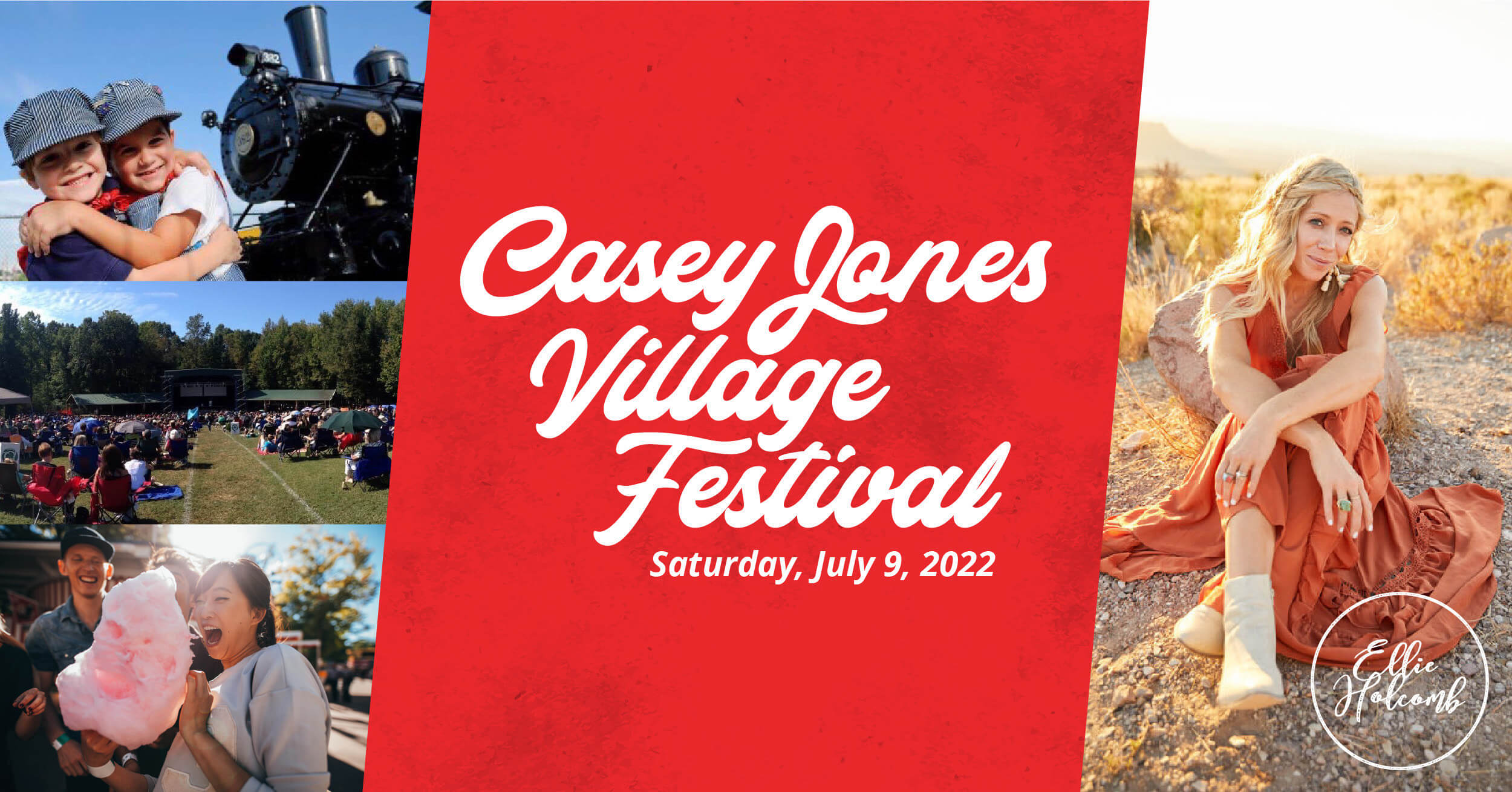 “We are thrilled to partner with the Jackson-Madison County Bicentennial committee and so many regional leaders to make the Casey Jones Village Festival the premier event of the summer! Working together, we’ll celebrate what makes our community great by bringing families together for a day of food and fun,” Old Country Store General Manager Brooks Shaw said. “Guests will be uplifted and inspired by Ellie Holcomb’s and David Trent’s live performances that evening, making this a day of unity that we’ll all treasure!”

In 2005, Ellie Holcomb began performing with her husband, Drew Holcomb, and performing individually in 2011 with the release of the “Magnolia” EP, which hit the Billboard charts. Her second EP, “With You Now,” was released in 2013, and a year later Holcomb released a full-length album, “As Sure as the Sun,” and also won Best New Artist at the 2014 GMA Dove Awards. Holcomb’s second album, “Red Sea Road,” was released in 2017.

In 2018, Holcomb released two children's works accompanied by a companion EP: “Sing: Creation Songs” and “Who Sang the First Song?” For “Sing: Remembering Songs,” Holcomb won a Dove Award for “Children’s Album of the Year” in 2020. Her third full-length solo project, “Canyon,” was inspired by a trip to the Grand Canyon. “We all know what it’s like to have our hearts break and split wide open like a canyon, but there in the middle of our deepest pit of sorrow, there’s a river running through, a current of God’s love ever-present, ever-flowing, ever-ready to carry us through our darkest nights and our deepest ache,” said Holcomb. She and Drew raise their three children in Nashville.