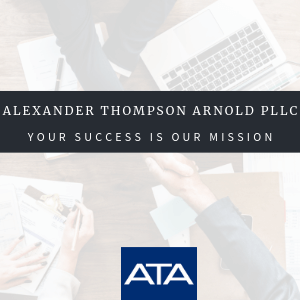 Smith, Professor of Art at Jackson State Community College, remembered. She taught Wilson’s mother, Rosemary Arnoult, some 40 years ago at Parkway Junior High School. It was Fall 1980, and Smith was beginning her first full-time teaching job.

This past semester, as she ends her teaching career, Smith taught Wilson and even hired the student as her office assistant. “I knew she would be excellent because her mother was so wonderful,” Smith said.

Wilson calls this past semester of getting to know and working with Smith an honor. “Even before orientation at Jackson State, my mom was telling me about one of her favorite teachers she had in junior high that now taught at Jackson State. That teacher was Dr. Smith. When orientation did arrive and I received an advisor, I didn’t realize it would be Dr. Smith.”

Her mother told Wilson that Smith is the same now as she was 40 years ago: bubbly, exuberant and fun. “If orange or pink were a person, it would be her,” Wilson said.

Teaching keeps you young, Smith said, adding that she has enjoyed her interaction with her students. Though she never had children of her own, she considers her students as her children. “Sometimes, they even ask for money,” she said, laughing.

“Once she starts laughing,” Wilson said, “there’s really no stopping her or yourself from joining in. You’ll usually know she’s coming by her cheerful sound down the hall. As far as teaching goes, she’s inspiring. She’s open to new ideas and techniques.”

Smith, who grew up on a farm in Gibson County, said “teaching tends to run in my family.” Her uncle was her eighth-grade teacher; her cousin was superintendent of Milan schools.

She graduated from Union University with honors and a bachelor’s degree in art and business administration. Her master’s degree in drawing and painting is from Stephen F. Austin State University in Nacogdoches, Texas, and her doctorate in education is from the University of Memphis.

She spent six years teaching at Parkway Junior High, one year at the University School of Jackson and six years at Union University. In Fall 1995, Smith started at Jackson State and “found my home,” she said.

Smith is the only art professor at Jackson State. Her retirement in December 2019 means Jackson State will hire a replacement to start in Fall 2020. Smith taught extra courses in the fall semester to accommodate her students.

She’s looking forward to retirement. “I can’t wait to get into my studio and do artwork of my own.” She likes painting in all mediums and working with glass and hand-made paper. She also plans to travel with her husband, Jerry. She particularly likes to see famous artwork.