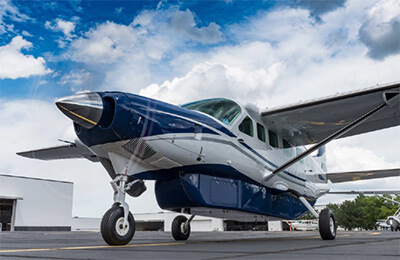 St. Louis, MO: February 28, 2018 - Air Choice One, a St. Louis based regional airline, has added a new route from Jackson, TN to Atlanta, GA. Tickets are now on sale, and the airline will hold a ribbon cutting ceremony at 10:00 AM on Thursday, March 1, at McKellar-Sipes Regional Airport to commemorate the first flight which will take place that same day. Officials from the Jackson Chamber of Commerce, local leaders, and representatives from the Jackson/Madison County Convention & Visitors Bureau will join the celebration.

“We have been honored to provide air service to the Jackson Community since 2015," said Shane Storz, CEO of Air Choice One. “We looked for the best way to enhance our service, and realized that expanding Jackson’s access to new markets through air travel would make the most significant impact. Atlanta was chosen for many reasons, as we saw the possibilities it would provide to connect business and leisure travelers with virtually any destination in the world."

The ribbon cutting ceremony will take place at the McKellar-Sipes Regional Airport in Jackson, TN. In celebration of the new route being opened, Air Choice One will be providing refreshments and have a giveaway for tickets. For those looking to fly to Atlanta, they can already book a flight on Air Choice One’s website, for flights starting after the ribbon cutting ceremony on March 1st.

About Air Choice One

Based in St. Louis, MO, Air Choice One was launched as a scheduled airline serving to hard-to-reach communities, and supports their economic development by increasing business productivity while enhancing the travel experience for business and leisure travelers alike. Air Choice One markets enjoy the benefits of efficient, scheduled airline service into larger cities, like St. Louis, Chicago and Minneapolis packaged in a "First-Class" service and seating format. Air Choice One's goal is to deliver the highest quality and reliability in scheduled commercial air service.