A new Tennessee State Historical Marker will be unveiled at a ceremony at 10 a.m. on Wed., July 24 to commemorate the life and music of Rhythm & Blues singer and Jackson native Mabel Louise “Big Maybelle” Smith.

The ceremony will be held at the site of the marker that is located along the west side of South Highland Ave. near the intersection with Martin Luther King Drive. Following the ceremony, attendees are invited to a reception at the Tennessee Legends of Music Museum located in The Carnegie at 305 E. College St. to hear a brief presentation by Michael Baker, Audio-Visual Librarian at the Jackson-Madison County Library, outlining Big Maybelle’s life and music. Guests will also be treated to a first-person musical tribute of Big Maybelle by Rosie Robinson. 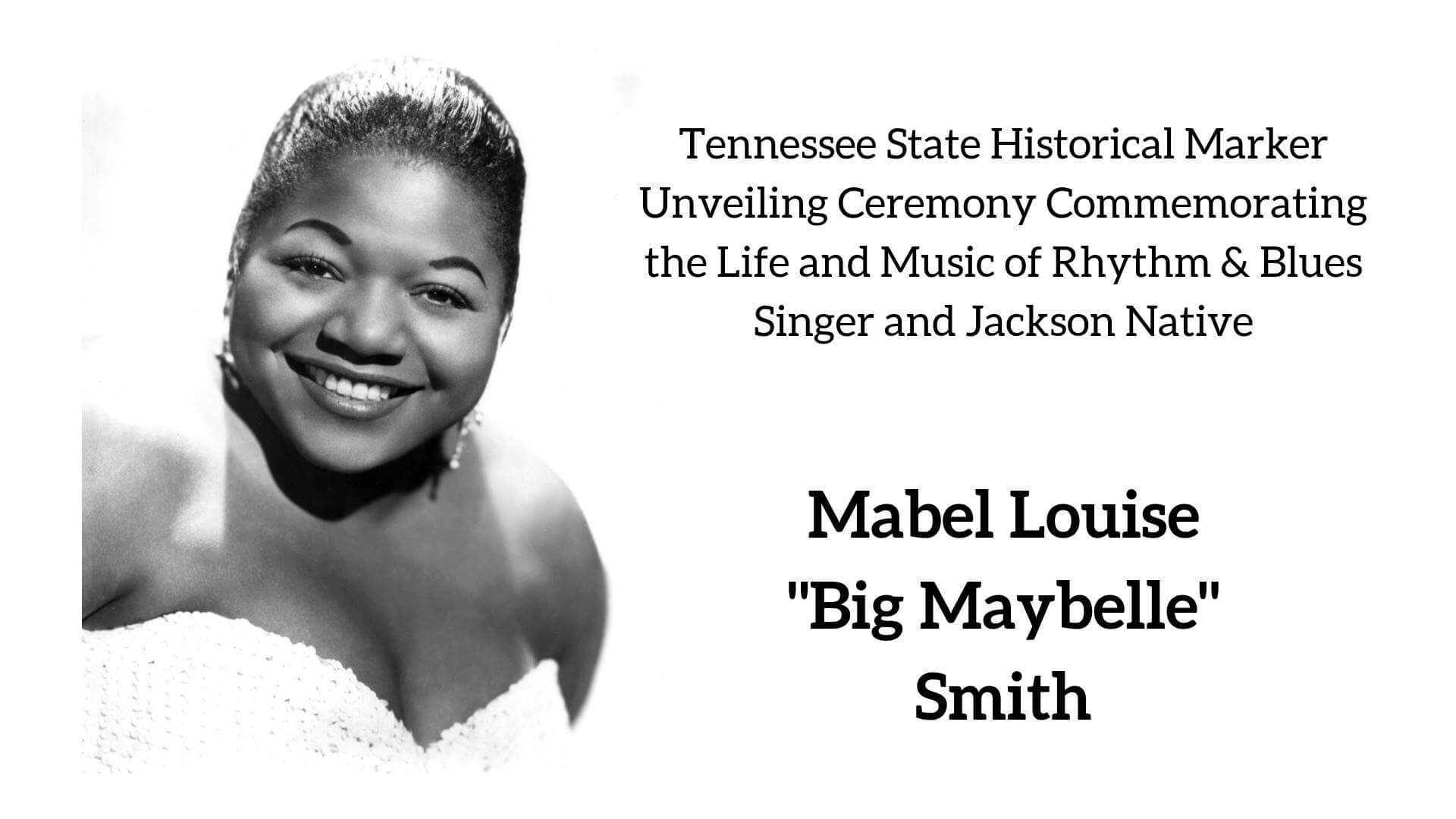 Born Mabel Louise Smith to Frank W. Smith and Alice Easley circa 1924 in Jackson, Tenn., Big Maybelle because a powerful Rhythm & Blues singer. Known for her emotive delivery and as one of the premier R&B chanteuses of the 1950s, she served as an essential link between raucous 1950s R&B and the soul sounds that emerged in the next decade. Her recordings include “Candy,” which received the Grammy Hall of Fame Award in 1999 and the original version of “Whole Lot of Shakin Going On.” Her career led her to sing at the famous Apollo Theatre in New York City. She died Jan. 23, 1972 in Cleveland, Ohio and later buried there in Evergreen Cemetery. In 2001, Smith was inducted into the Blues Hall of Fame.

“Big Maybelle had an important influence on American music, as did other notable Jacksonians like Carl Perkins and John Lee ‘Sonny Boy’ Williamson,” said Jack Wood, Tennessee Room Librarian. “For this reason, we believed that it was important to similarly recognize her with this historical marker. Jackson has such a rich and varied music history that should be both celebrated and preserved for future generations.”

The project was spearheaded by Baker and Wood and funded by private donations.

The Jackson-Madison County Library is located at 433 E. Lafayette St. in downtown Jackson.  For more information, contact the Library at 731-425-8600, visit the Library’s Facebook page at Facebook.com/JMCLibrary or its website at www.jmclibrary.org.