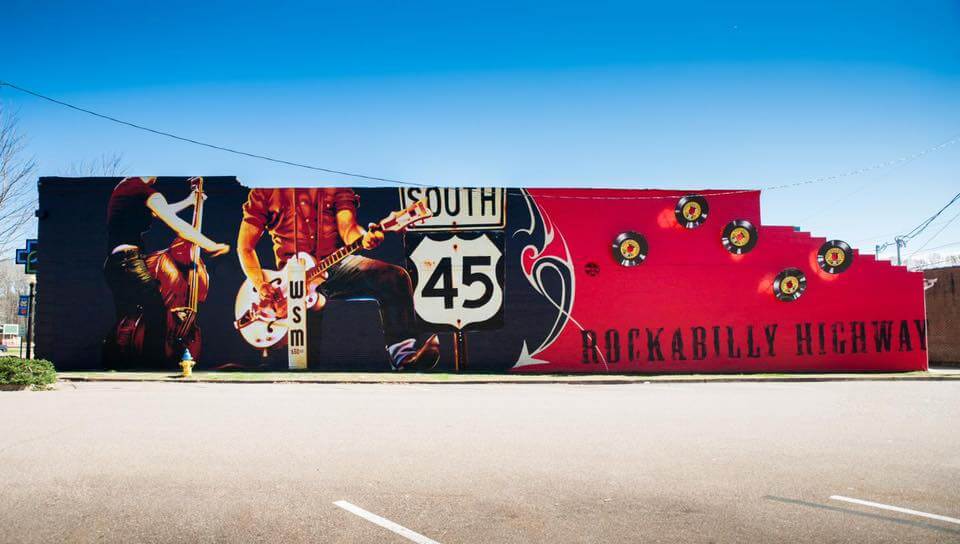 The Rockabilly Highway Revival first began when AiM commissioned Rockabilly Highway Mural I, by Brian Tull. What began as a dedication ceremony for the mural, has become a full-fledged cultural festival with music on multiples stages and the McNairy County Music Hall of Fame inductions and tribute concert on the eve of the festivities. Now, a partnership between AiM and the McNairy Chamber of Commerce, Rockabilly Highway Revival is the biggest music event on the local calendar, attracting thousands to historic downtown Selmer, the second weekend in June.
Come on out on June 11th from 8am to 8pm to hear some of the best southern music around!