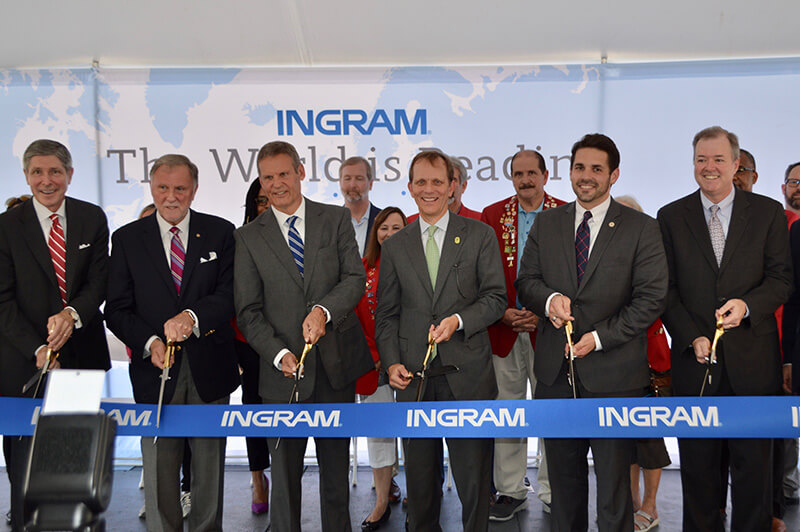 Lightning Source LLC, global print-on-demand leader, celebrated the opening of its 8th worldwide facility in Jackson, TN Wednesday. Lightning Source, a part of Ingram Content Group, is investing $22 million and will create nearly 150 jobs in Madison County over the next three years – 80 of which have already been filled.

Ingram expanded its presence in Jackson to include new print-on-demand operations alongside the existing distribution center located at 193 Edwards Drive in Jackson. The facility is Lightning Source’s 5th location in the U.S. and 8th worldwide.

“The strength of Tennessee’s economy is built on our existing businesses, and I’m pleased to see Lightning Source expand with this new operation in Jackson. I look forward to the many ways Lightning Source’s new plant will spark economic growth in West Tennessee” said Tennessee Governor Bill Lee.

“We are a homegrown, Tennessee company with deep roots here. Our presence in Jackson has been an important part of that. From the day we acquired operations in Jackson in 2016 to today, we’ve found the community welcoming and the workforce outstanding, said Shawn Morin, President & CEO of Ingram Content Group. “As our global business has grown and we were looking to expand, it was an easy decision to reinvest in our presence in the State of Tennessee and for Jackson to be an important part of that.”

Headquartered in La Vergne, TN, Lightning Source is one of the world’s leading print-on-demand providers, delivering content to customers around the globe. The new Lightning Source print facility will help serve the existing distribution center run by Ingram Publisher Services,also a part of Ingram Content Group.

Lightning Source has millions of titles in its catalog with thousands of publisher partners worldwide.

With the new Jackson facility, Ingram Content Group employs more than 2,000 in Tennessee and 4,000 employees worldwide.