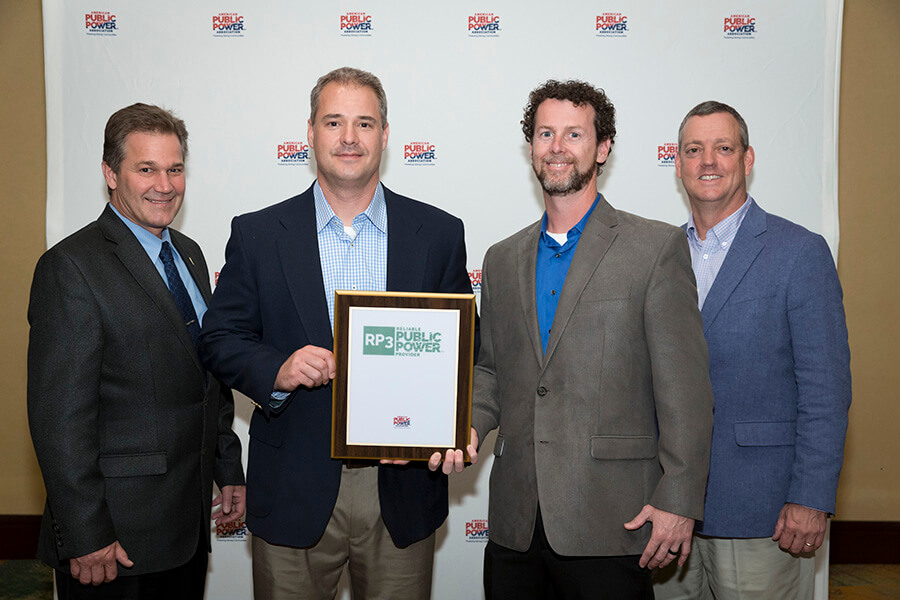 Jackson Energy Authority again made history recently as it became the ONLY public power provider in the nation to receive the American Public Power Association’s Reliable Public Power Provider (RP3) Diamond designee for the 6th consecutive time. David Lynch, Assistant Director of Utility Operations at Marquette Board of Light and Power, Michigan and chair of the Association’s RP3 Review Panel, presented the designations during the Association’s annual Engineering & Operations Technical Conference in San Antonio, Texas.

“Utilities that have earned an RP3 designation demonstrate public power’s emphasis on achieving leading practices and providing a high level of service to communities,” said Lynch. “We are proud to welcome all utilities earning this recognition for the first time and to those renewing their designations.”

Jim Ferrell, President/CEO of the Jackson Energy Authority stated, “JEA’s unparalleled sixth reception of the APPA Diamond RP3 designation is a credit to the service dedication and expertise of JEA personnel. Service to community and the economic growth of our community are the primary objectives of all we do at JEA. This award is an appreciated recognition of our efforts and of Jackson, TN as a desired place for industrial and business investment.”

Monte Cooper, Sr. Vice President of Electric at JEA noted the importance of the 6-time Diamond RP3 designation. “JEA is honored to have earned an RP3 Diamond designation once again this year, as it is the highest, most difficult level of recognition to earn. But, more importantly, we’re proud to be the only public power provider in the nation to have maintained this level of designation for a record-breaking 6th consecutive time. It is confirmation of our history of excellent service and a testament to the dedication of our employees who work hard every year to provide the highest level of service to our community.”

Robert Mullins, JEA Senior Manager of Operations stated, “The collective and company-wide work that this award represents is what makes this recognition so special. To be recognized by your peers with an award like this makes me proud of JEA and all of the employees that did such a great job to make it possible.”

This Diamond recognition in 2017 made the Jackson Energy Authority the only system in RP3 history to receive the highest level designation in every year it has been presented.

The American Public Power Association is the voice of not-for-profit, community-owned utilities that power 49 million people in 2,000 towns and cities nationwide. The Association advocates and advises on electricity policy, technology, trends, training, and operations.