Join Sarge in Jackson, Tennessee as he chases the $100,000 #DogParkDash grant to create a new dog park and help Jackson to become the “Most Pet Friendly City in Tennessee!”  We need your help by posting pictures of your pet with the #DogParkDash and #JacksonTN on Facebook, Twitter and Instagram.  View Video by clicking here! 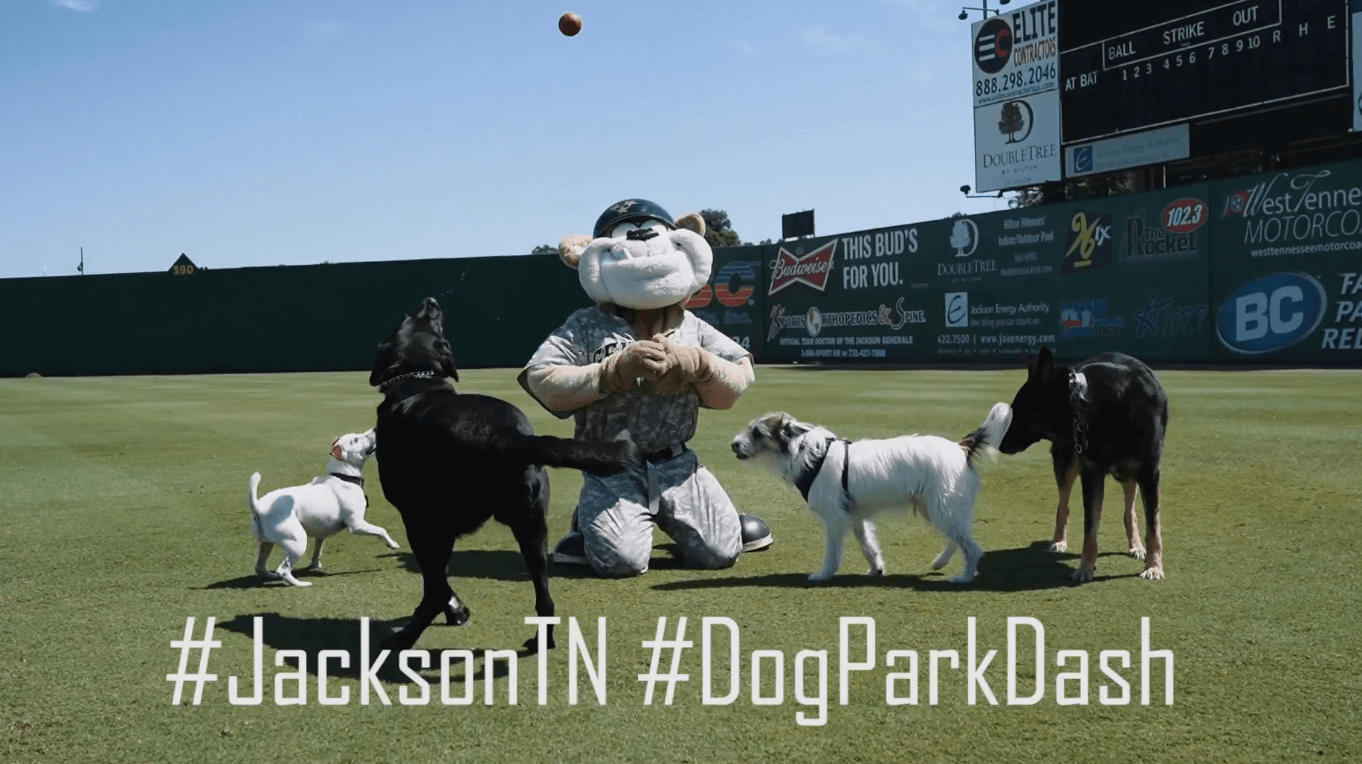 Check out Sarge and a few of his friends on facebook at Jackson, TN Dog Park Dash

The Dog Park Dash Grant is a program funded by The Randy Boyd Foundation to support our furry friends and awards $25,000 grants to communities across Tennessee. Jackson has applied and is entered for the chance at $100,000.  Only one city in Tennessee will be awarded the grand prize and they must show their pet pride on social media to win.

Locally the grant plans include a small dogs area and a large dogs area with an agility course and water feature.  The park will be located next to the Ballpark at 4 Fun Place, home of the Jackson Generals making it the most pet friendly ballpark in the United States.

Share your pet’s special story and why we are the most pet friendly city in Tennessee.   Don’t own a dog?  Donate your time at the Animal Care Center of Jackson or any of our local dog groups and post your pictures.

The grant Is a collaborative project of the City of Jackson, Jackson Generals, Visit Jackson TN and the Jackson Chamber.