Do you hear it? Only the music of Jackson and West Tennessee could connect Memphis’ Beale Street and Nashville’s Music Row. Join us as we celebrate the rich musical legacy of our region with the 2022 season of Jackson’s Award Winning music venue Jackson‘s Amphitheater at the Market (AMP).

Located in the heart of Jackson behind the West Tennessee Farmers’ Market and within walking distance of the Jackson Walk, the AMP kicks off the 2022 Season on June 17.  Eight Free performances are planned for the eighth season and the dates are located in the left column. 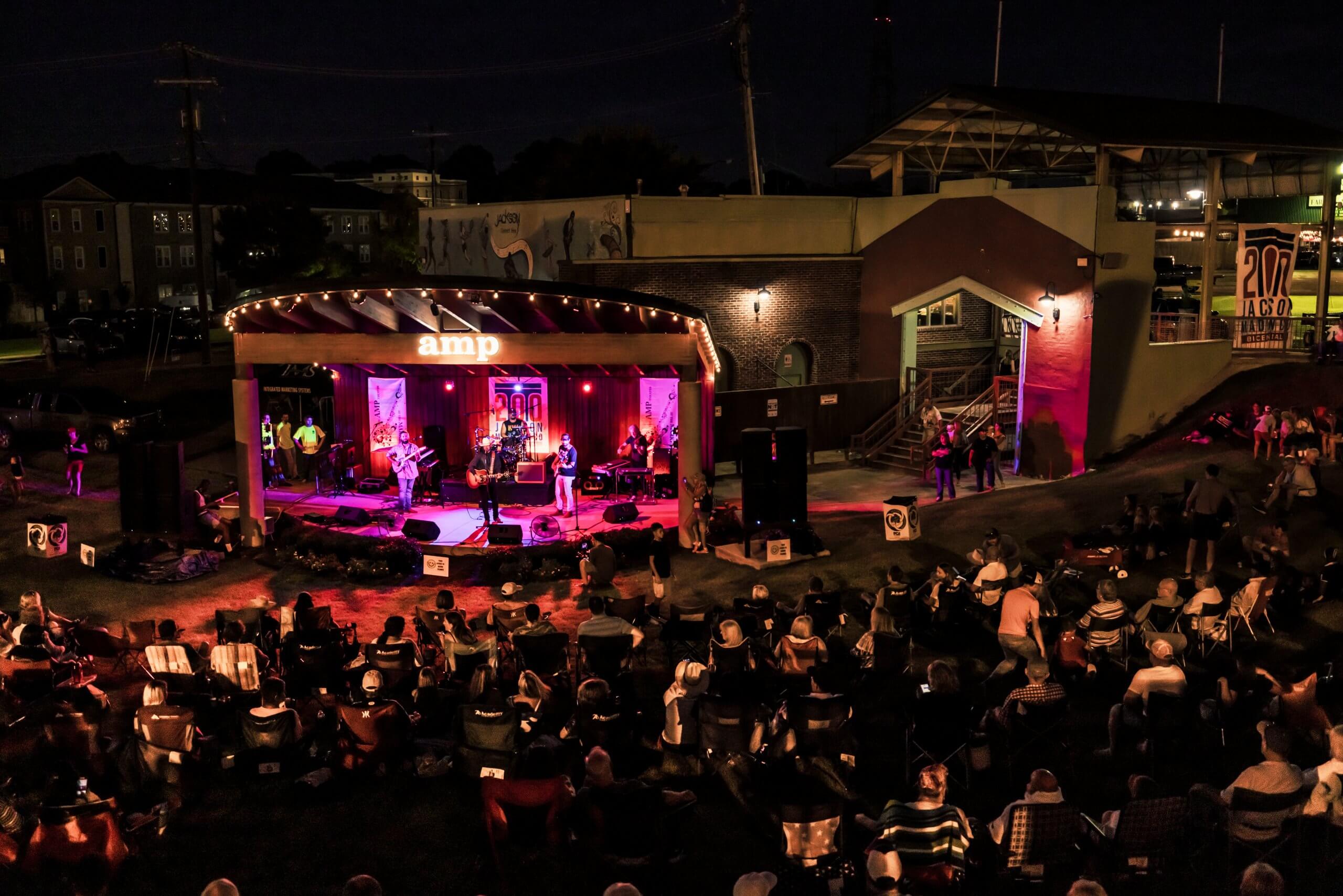 Sponsorship is key to maintaining the FREE Season. Special thanks to the following Sponsors who have committed to the 2021 series:

Additional recognition is also extended to media sponsors and WBBJ-TV. Their continued coverage of the AMP has helped to grow the awareness and attendance and is deeply appreciated.

Music on the Main Stage will begin at 7:30 pm. Blankets and lawn chairs are welcome at this family friendly event! Free parking is available throughout Downtown. The open-air venue encourages guests to bring their picnic basket or visit one of the food concessions. In the event of rain, please refer to the AMP’s facebook page for updates.

Jackson’s Amphitheater at the Market is a collaborative project between the City of Jackson / West Tennessee Farmers Market, Visit Jackson Tennessee and numerous community volunteers.  To connect with what’s happening at the AMP, visit them on Facebook at https://www.facebook.com/JacksonAMPattheMarket/

*During the 2014 inaugural season, the AMP received the Tennessee Statewide Four Star Award for Excellence in new facility design by the Tennessee Recreation & Parks Association. Its selection was based on its design, land usage, positive impact on the community, and community partnerships involved.

*2018 Welcomed the season’s 5th Year with the largest crowd celebrating the 15th Year Anniversary of Toyota Bodine in Jackson.