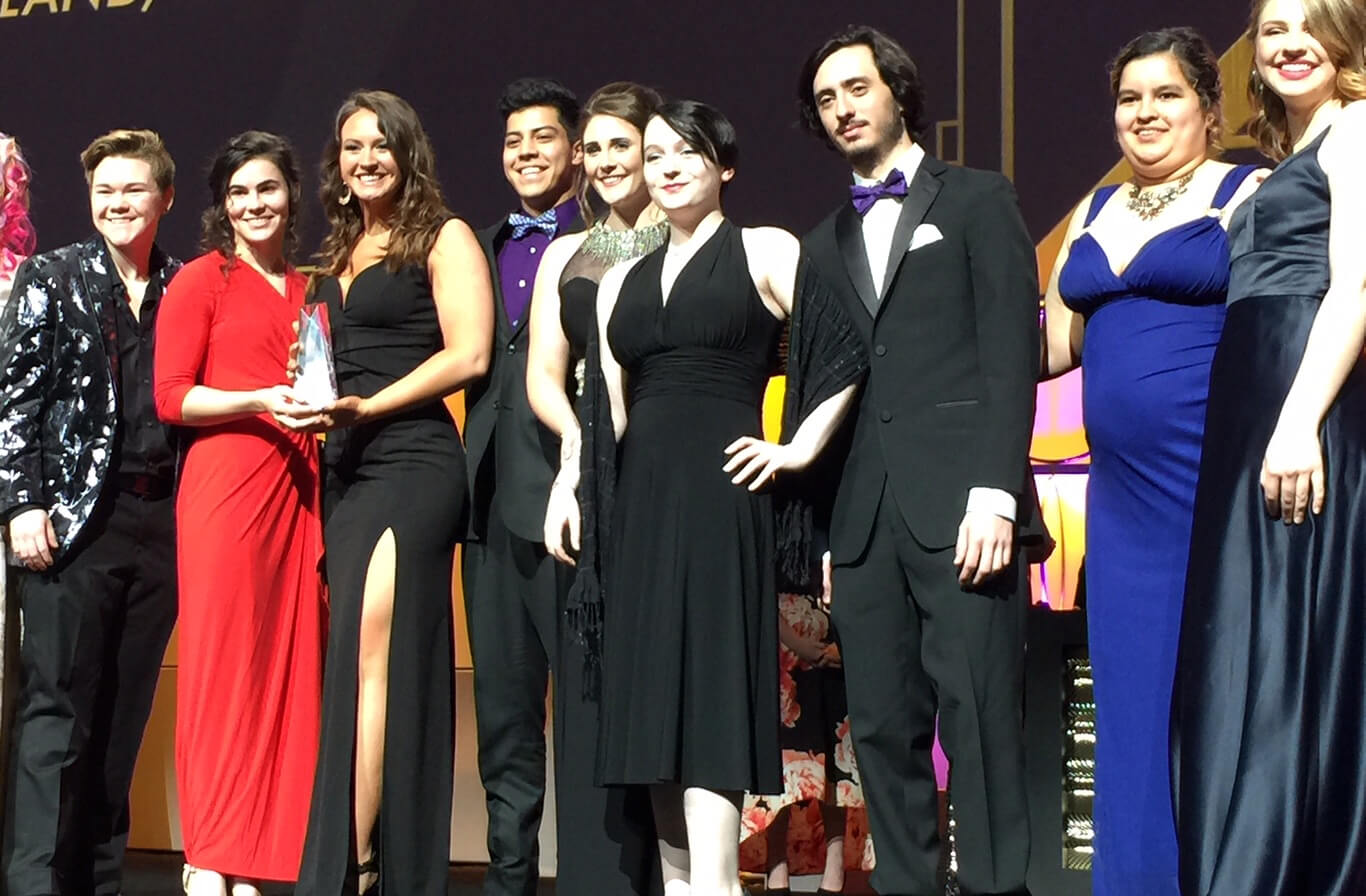 JSCC delegates to the International Catalyst Convention accept an award for Distinguished Honors in Action Project.

The Phi Theta Kappa Chi Omicron chapter of Jackson State Community College has received many awards and accolades this academic year. These awards are the result of the members' and advisors' hard work and commitment to academic excellence.

In March, six JSCC Phi Theta Kappa Chi Omicron chapter members attended the Tennessee Regional Convention in Cleveland, Tennessee. There they met many chapter members and leaders from across the state, learned a great deal about running a running a chapter and conducting Honors in Action and College Projects, and competed in a friendly competition for the honor of hosting the TN Region mascot, Chandler Bear.

JSCC’s Chi Omicron chapter received a number of regional awards for their work on projects as a chapter team. Over the course of the weekend, they received:

• Distinguished Honors in Action Project
• Top 100 Chapters in Phi Theta Kappa out of more than 1,250 chapters around the world.

At the International Convention, the Tennessee Region received the award for Excellence in Scholarship, one of only three out of 29 regions to win this award.

For the second straight year, the Chi Omicron chapter has achieved Five-Star Chapter status, the highest status a chapter can receive. Five-Star Chapters are those that have completed every level of regional and national engagement, including the College Project and the Honors in Action project, long term projects that address campus- and community-wide needs. Additionally, the Tennessee Region has been declared a Five-Star Region, which means that most of the chapters in the region have achieved Five-Star Status.

In the chapter's Spring Induction ceremony in April, the chapter installed new officers for the 2018-2019 academic year. These officers are already planning summer meetings and fundraisers and beginning this years' projects. They are committed to maintaining the levels of excellence attained by their predecessors and taking the chapter into new and exciting directions.