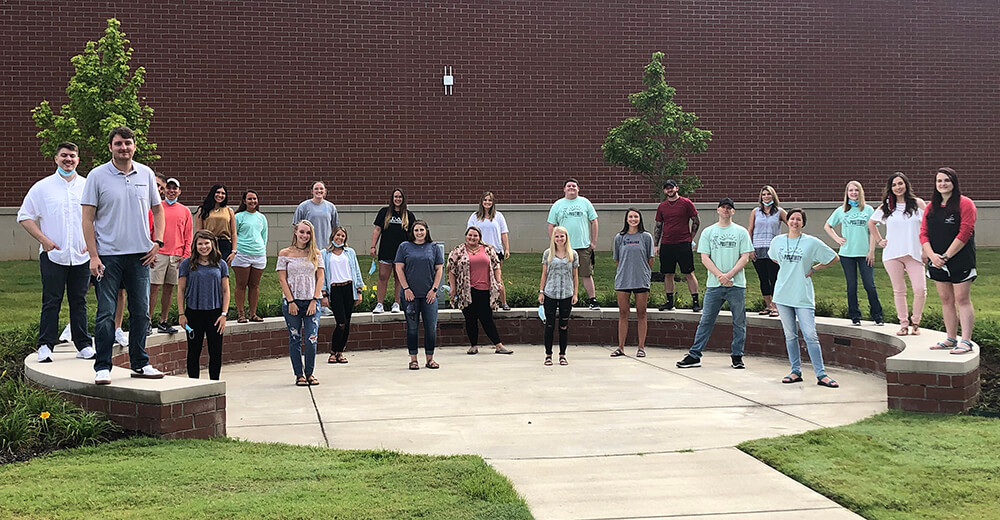 One hundred percent of the students in Jackson State’s Radiologic Technology Program passed their national certification exam on the first attempt for the fifth year in a row.

Jackson State has now graduated 101 students from the program in 2020, 2019, 2018, 2017 and 2016. All students passed the national certification exam offered by the American Registry of Radiologic Technologists (AART) on their first attempt just six months after completing the program.

“It’s a collaborative effort between the students and faculty and the clinical instructors and staff at the hospitals,” said Kim Benson, Program Director and Associate Professor for Radiologic Technology. “We put in so many hours to make sure the students are provided with every opportunity to succeed. It’s the hard work and dedication of the students, and it’s the effort by their support team.

According to Benson, the pandemic created significant challenges in 2020. “It was necessary for students and faculty to transfer to an online format, and clinical rotations were halted for several months in the spring term,” she said. “Even in the face of adversity, the RADT Class of 2020 successfully completed their program and excelled on their credentialing exam.”

JSCC RADT students have scored 100% on first attempt on the national certification exam 9 out of 12 years. Benson said this is what they strive for every year. “It says to prospective students that the program is doing what it is designed to do. It is teaching you the skills you need to become an entry-level radiographer.”

“This level of success can be attributed to the hard work, dedication, resilience and determination of the students,” Benson said. “They make many sacrifices in order to maintain high grades throughout a program that is six consecutive semesters in length with more than 1,700 hours of clinical education – the highest number of clinical education hours required of any of the nursing and health sciences programs at Jackson State.”

Another reason for this success is the effort of Jackson State faculty and the clinical instructors and support staff from affiliate hospitals, Benson said.

“We invest a large amount of time into our students’ education, but even more than that, we invest a part of ourselves,” Benson said. “Our students recognize we are not perfect, but we are providing them with the opportunity to achieve a level of success that is unlimited. Our relationship with students lasts well into their professional careers and doesn’t end when they graduate.”

When Jackson State’s Radiologic Technology Program began in 1969, it was the first college-based associate degree radiography program in Tennessee and the third in the United States. It is one of the original health sciences programs initiated when the college was established more than 50 years ago, and it began with one clinical affiliate – Jackson-Madison County General Hospital – and five students.

Since those humble beginnings, the program continues to partner with JMCGH and has expanded to include clinical affiliations with West Tennessee Healthcare in Dyersburg, Henry County Medical Center in Paris, and Baptist Memorial Hospital in Union City.

Today, Jackson State is one of six community colleges to offer an associate degree in Radiologic Technology in Tennessee and currently has some of the highest numbers of credentialing exam pass rates.

“Our faculty is very pleased with the efforts of all RADT students, especially those who just completed in August,” Benson said. “The students had a long summer term of review, and that dedication paid off in their 100 percent pass rate this year. They are to be congratulated and commended. These graduates now join the history of a program of success.”