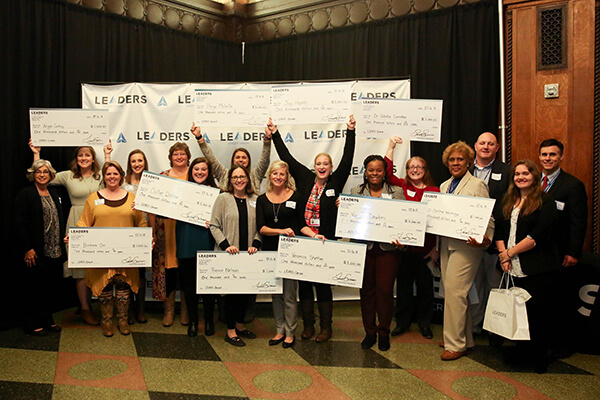 “The L.E.A.D.S. Educator Grant embodies who we are as an organization because we are here to serve, advocate and educate our members and allow them to dream of a new future,” said Todd Swims, President and CEO of Leaders Credit Union. “We were started by Jackson educators, so we are honored to be able to give back to those educators in a meaningful, intentional way.”

Grant proposals range from funds for an outdoor classroom, improvements to a special education classroom, lab equipment, a volunteer basketball program, to funds to visit the U.S. Space and Rocket Center. Grant submissions included a short video explaining the need and use of the grant money. Twenty-three proposals were submitted, and the top ten winners were chosen by the community via social media voting. L.E.A.D.S. Grant submissions videos were viewed over 82,000 times during the voting period. Winners include:

“We’ve been amazed with each grant submission we received,” Swims said. “Success is in the power of people helping people, and we plan to continue to lead the way.”

Leaders Credit Union is a member-owned financial cooperative headquartered in Jackson, Tenn. Leaders was established in 1957 by five Jackson educators and has grown to over 49,000 members and eight branches across West Tenn. As one of the largest and most stable credit unions in the nation, Leaders exists to serve the needs of its members and lead the way on their behalf. Leaders was awarded the 2015 - 2017 Best Place to Bank by Jackson Sun’s Readers’ Choice and was placed in the top 1% of credit unions nationwide by depositaccounts.com. Leaders is an Equal Housing Lender and is federally insured by the National Credit Union Administration. For more information about Leaders Credit Union, visit its website.