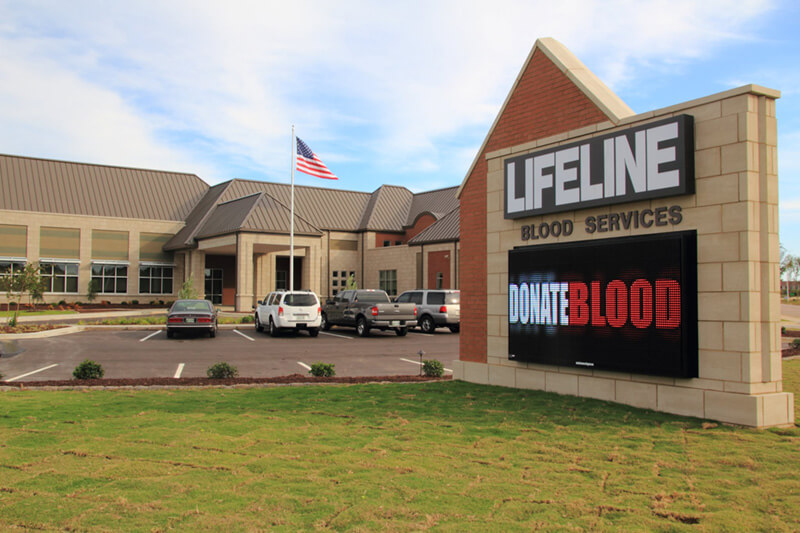 LIFELINE Blood Services is the sole supplier of blood to 17 local hospitals and 14 air ambulances. It serves all West Tennessee counties except for Tipton and Shelby Counties, and is also active in Houston and Humphreys Counties in Middle Tennessee.

LIFELINE has a rich history in Jackson and West Tennessee. In August 1947, Jackson Medical Laboratory and Blood Bank first opened its doors on the second floor of a building on Highland Avenue in Jackson, Tennessee. Four small Jackson hospitals were the Blood Center’s first customers. In 1950, the Food and Drug Administration approved the Blood Center’s application for a federal license to distribute whole blood and its components in the United States. In the 1960s, the Blood Center purchased its first bloodmobile - a used Trailways bus.

In 1972, the Blood Center was sold to a 501(c) (3) non-profit organization governed by a volunteer board of directors. The name was changed to West Tennessee Regional Blood Center, Inc., dba LIFELINE. LIFELINE is a member of the American Association of Blood Banks, America’s Blood Centers, and Blood Centers of America. It is licensed by the Tennessee Department of Public Health and operates under U.S. license number 170, granted by the Food and Drug Administration.

Today, LIFELINE operates two fixed site locations: the Jackson Center at 183 Sterling Farms Drive and the Dyersburg Center located in Olympic Plaza on Highway 51. Three bloodmobiles go out into various parts of West Tennessee each day to collect donations as well. The organization employs approximately 75 people.
LIFELINE staff must collect 525 units of whole blood per week to meet the needs of West Tennessee. The center also collects plasma and platelets through a process called apheresis. All of its donors are volunteers who give blood to help members of our community. "We cannot do what we do without our donors," says LIFELINE'S Marketing Manager, Caitlin Roach.

To learn more about LIFELINE, visit the website at LIFELINEBloodServ.org or contact Caitlin Roach, marketing manager, at 731.427.4431, ext. 106.