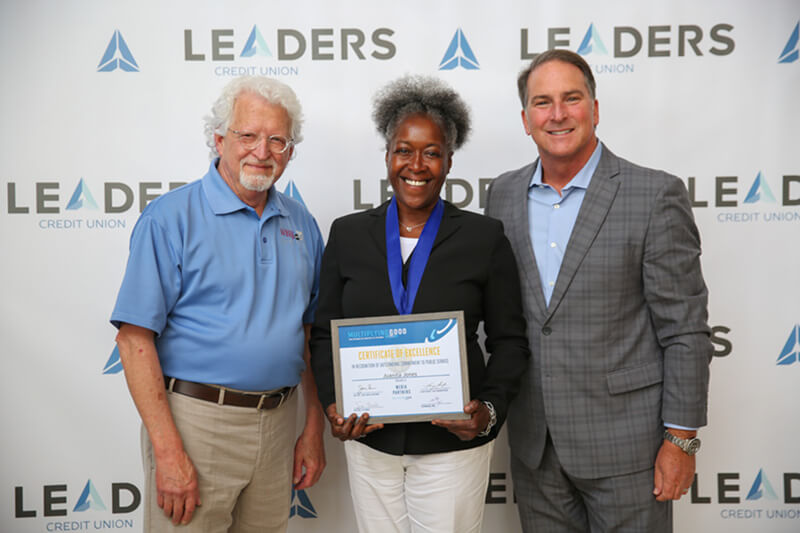 Mark Brooks, Juanita Jones, and Todd Swims pose for a photo after her selection as the 2021 Jefferson Awards finalist.

Award recipients are volunteers and champions for numerous charities and causes across West Tennessee, including youth mentorships, community events, veteran service, homeless service, disaster recovery, and beyond. A video package for each recipient can be viewed by visiting the WBBJ-TV website at https://www.wbbjtv.com/multiplyinggood/.

“We are honored to be a small part of bringing our community’s champions into the light for others, and we along with WBBJ have been blessed to hear each genuine story and witness their passion of how they advocate for positive change,” said Todd Swims, President and CEO of Leaders Credit Union. “Their passion in action has and will continue to create lasting change in the lives of those whom they serve and throughout West Tennessee.”

Jaunita Jones of Jackson, Tenn., was selected as the West Tenn. national nominee for the Jacqueline Kennedy Onassis Award representing the greatest possible service to a local community by a private citizen. The national Jefferson Awards event will occur in September, presented as a one-hour live stream online.

Jones began “Keep My Hood Good” in 2010 in east Jackson to help break generational poverty cycles in under-served communities. With little resources, Jones began meeting and mentoring teens any place she could. Over time, Jones continued to meet with teens weekly and even created “safe words” for teens to use when they needed assistance in their home environments.

“Multiplying Good is very honored to partner with Leaders Credit Union and WBBJ-TV to bring the awards to the West Tennessee community and to celebrate the accomplishments and service of local neighbors,” said Brady Tanner, Senior Director, Recognition Programs at Multiplying Good. “We are excited for this year’s national nominee and look forward to celebrating Jaunita through our national event.”

If you would like to nominate a champion in your community, visit leaderscu.com or www.wbbjtv.com and follow the prompts. 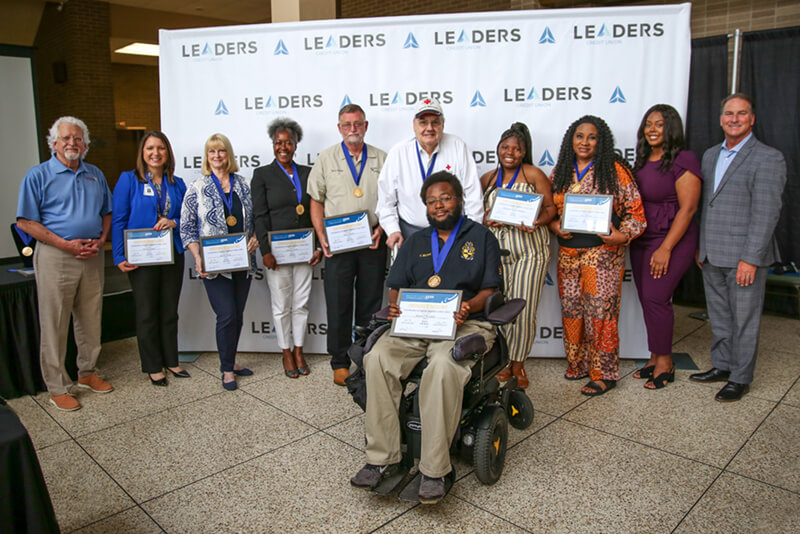 Leaders Credit Union is a member-owned financial cooperative headquartered in Jackson, Tenn. As one of the largest and most stable credit unions in the nation, Leaders exists to serve the needs of its members and lead the way on their behalf. Leaders was awarded the Best Place to Bank by Jackson Sun’s Readers’ Choice and is placed in the top 1% of credit unions nationwide by depositaccounts.com. Leaders is an Equal Housing Lender and is federally insured by the National Credit Union Administration. For more information about Leaders Credit Union, visit the website.