There are few things more perfect on a summer night than live music on a front porch, and this #731Day, we're bringing back Jackson's new favorite event: #Porchfest! Enjoy FREE and family-friendly music from local musicians throughout the historic Lambuth Area Neighborhood Association area in the hospitable yards of your Jackson neighbors. Join in on the fun as long as you'd like, moving from house to house with your own lawn chair or picnic blanket and grabbing snacks from local food trucks along the route. This year we will be hosting all the stages around the block of Campbell Lake.

This year features eight artists showcasing the best of West Tennessee music across a variety of genres, presented by Jackson: Hidden Tracks with stages sponsored by 9 local businesses.  Join us Saturday, July 31, 2021, beginning at 2:30pm. 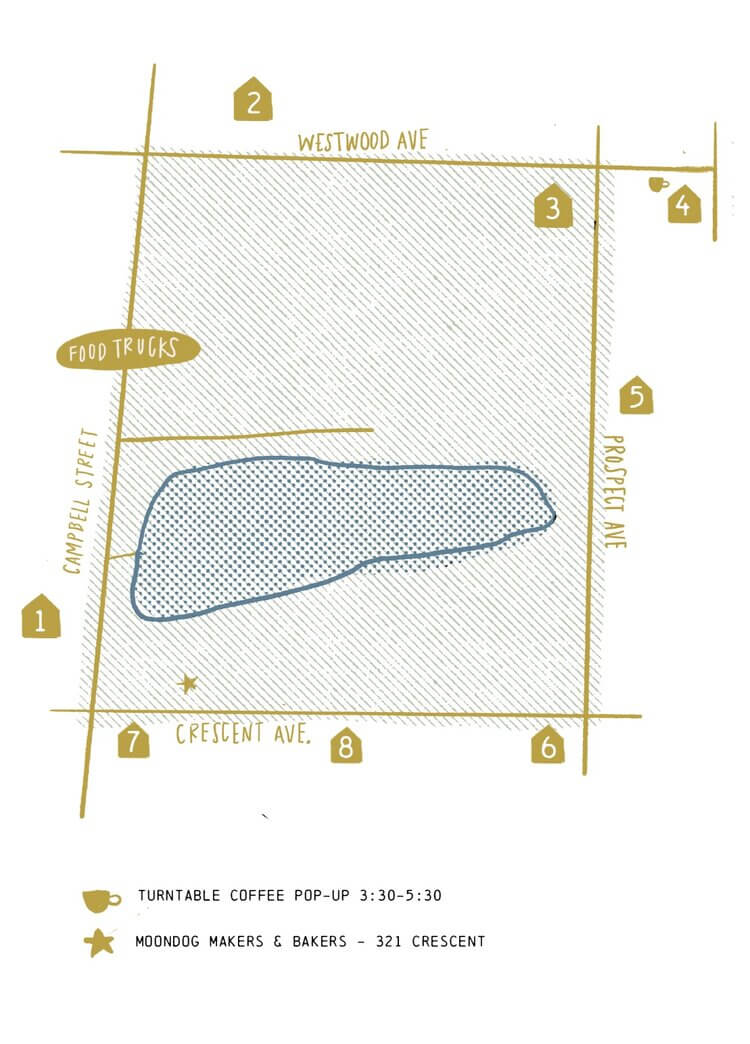 Alice Hardin, known professionally as Alice Calvery, is an independent singer songwriter. She currently resides in Jackson, TN. Drawing from folk, gospel and classic country traditions her songwriting weaves together storytelling and spirituality. She was featured on Paste Music’s Daytrotter sessions and has released two EPs , one with Grammy winning artist Ben Tanner from the Alabama Shakes.

John and Chloe are Singer/songwriters originally from the Jackson area. They now live in Nashville and are signed to Mixtape Music Publishing. They both bring their own unique style from indie pop to country rock. They are also alum of The University of Memphis Lambuth.

The Kernal, a Southern gentleman with an old soul who is tied deeply to the legacy and showmanship of the wandering musician and the historic Grand Ole Opry. Along with his band, the New Strangers, the Kernal tours the country with his home-grown brand of Southern mystique. LIGHT COUNTRY introduces us to a funny, whip-smart songwriter and musical stylist on these original tracks. The album opens with the sweeping gospel number, “Where We’re Standing,” which builds to a swirling electric guitar outro. He describes “Knock Kneed Ballerina” as a “shoulder-dance country song and a sort of personal, band- mission statement;” it’s also a knowing nod to the classic sound of ‘70s Nashville Countrypolitan hits and a poignant ode to musical also-rans everywhere. “At the Old Taco Bell” was inspired by a photo of a boarded up, derelict Taco Bell. “It’s about me moving into an abandoned, and therefore affordable, Taco Bell at some point in the future,” he deadpans. Elsewhere he tackles modern domesticity (the Harry Nilsson-esque “Cold Shoulder”), and ends on an apology of sorts for his choice of lifestyle, “I earned my degree but I would rather rake some leaves … Barely eatin’ and meetin’ my rent.”

From Jackson, TN, owner of JKSN&Co, Cliff is an artist & entrepreneur.

Erin Rogers is a not a stranger to the Jackson, TN community. Known soulfully as Erin Elle’, she is a very talented artist who represents the Pop/R&B community. Originally from Milwaukee, Wisconsin, she followed her dreams of becoming an educator and graduated from Lane College in Jackson, TN. Though this was initially her calling for coming to TN, she quickly took her talent of singing and used this to help her branch out locally and regionally to become more confident in her abilities to express herself. Not only is she skillful in singing, but she is also a very talented song writer who has used her talents to join the likes of local music team Iron Mavericks. She has written for various independent artists and continues to use both her skills of singing and writing today.

We are two brothers in Jackson that love to write and play music together and we have music coming out very very soon.

“My music is a representation of who I am and what I’ve been through.”
Alone Jones , (Jayland Lyles) is a prolific Jackson Tennessee based singer whose music seemingly blends rock & smooth auto-tune- laced R&B. He started music at a young age, influenced by his mother and family and many local friends. He sung in the youth choir for years at his church in his hometown as a kid. After graduating high school he ran into a couple of setbacks on the way but never gave up his passion for music. He began teaching himself to produce himself on his own using Mixcraft. He now has a label of his own he is currently building from the ground up named Starz Entertainment. He released his first official Album in 2018 ‘Alone Jones’ which was his Break Out album that got his buzz going . He currently has collaborated with artist such as @SyAriDaKid , @GanstaYungin , @BigPhil , @Anthonyrhyme , which has also expanded his audience. He is going to be one to look out for in the future.

Jackson, TN-based singer, Kelsea Merriweather has an extraordinary way of cutting straight through to the core of her listeners’ emotions. She is in tune with her ministry and gospel roots quite naturally- as she grew up singing in a rural West TN church. Kelsea is a “worshiper first” and sure about her purpose and intentional about brining awareness to the presence of God. This gift that God has blessed me with- I will guard it sacredly and continue to use it to draw and uplift his people.”, she says. Outside of music, Kelsea serves as the HR Analyst for, Toyota Motor Manufacturing Tennessee. She obtained her AS at Jackson State Community College, BS in Psychology from the University of Memphis- Lambuth and her MBA in HR Management from Bethel University. Kelsea currently serves on the board for Keep My Hood Good, The Jackson Chamber- Leadership University, JACOA, Go Red Campaign- American Heat Association, and the University of Memphis- Lambuth Alumni board. She also serves as a board member for Greater Visions Church, while demonstrating her passion for singing and leadership as the Praise and Worship Leader and Teen Director.

The Neighbors Club supports the mission of Our Jackson Home to celebrate the people & stories of the city we all love, and makes free community events like Porchfest possible. Members of the Neighbors Club will receive free tickets based on their support level, but the event is open to everybody! Check out the links below to buy tickets or join the Neighbors Club.

JOIN THE NEIGHBORS CLUB
GET TICKETS

Blvck Hippie is a Sad Boy Indie Rock Band from Memphis, TN, tryna show Black kids they can be weird too. “Blvck Hippie” is Josh Shaw’s childhood nickname, coined by his mom. Classically trained in piano, Shaw didn’t pick up a guitar until his junior year of college when he started to write and record Lo-Fi music out of his dorm room in Jackson, TN. Post-college, Shaw worked on solo projects under St. John until 2018 when he started making music as Blvck Hippie. Blvck Hippie is recommended if “you’re a fan of The Strokes but like your songs a little more moody” (From The Strait). Shaw credits Kanye West and Kid Cudi for inspiring him as a Black artist, pushing him to always make something different. Blvck Hippie’s “VHS” inspired rock pairs with Shaw’s dark, brooding lyrics, drawing on themes of escapism, loneliness, and grief to create the Sad Boy Indie Rock songs of your dreams. Current Band Members: Casey Rittinger, Joshua Shaw, Lynne Weldon, Past Band Members: Blake Galloway, Brooke Cage, Gus Carrington, Keegan Paluso, Mattie Turner, Rachel Simonton, Tyler Marberry