Discovery Park of America, a 100,000-square-foot museum and 50-acre heritage park in Union City, Tenn. has launched a weekly podcast that can be downloaded from iTunes, Soundcloud and on the organization’s website at DiscoveryParkofAmerica.com/reelfootforward.

Just like the museum where it is produced, the mission of the podcast is to celebrate the region while inspiring listeners to see beyond wherever they currently are in their lives. Hosted by DPA president Scott Williams, the podcast features notable guests who are West Tennessee influencers from the worlds of business, entertainment, sports, tourism and more. 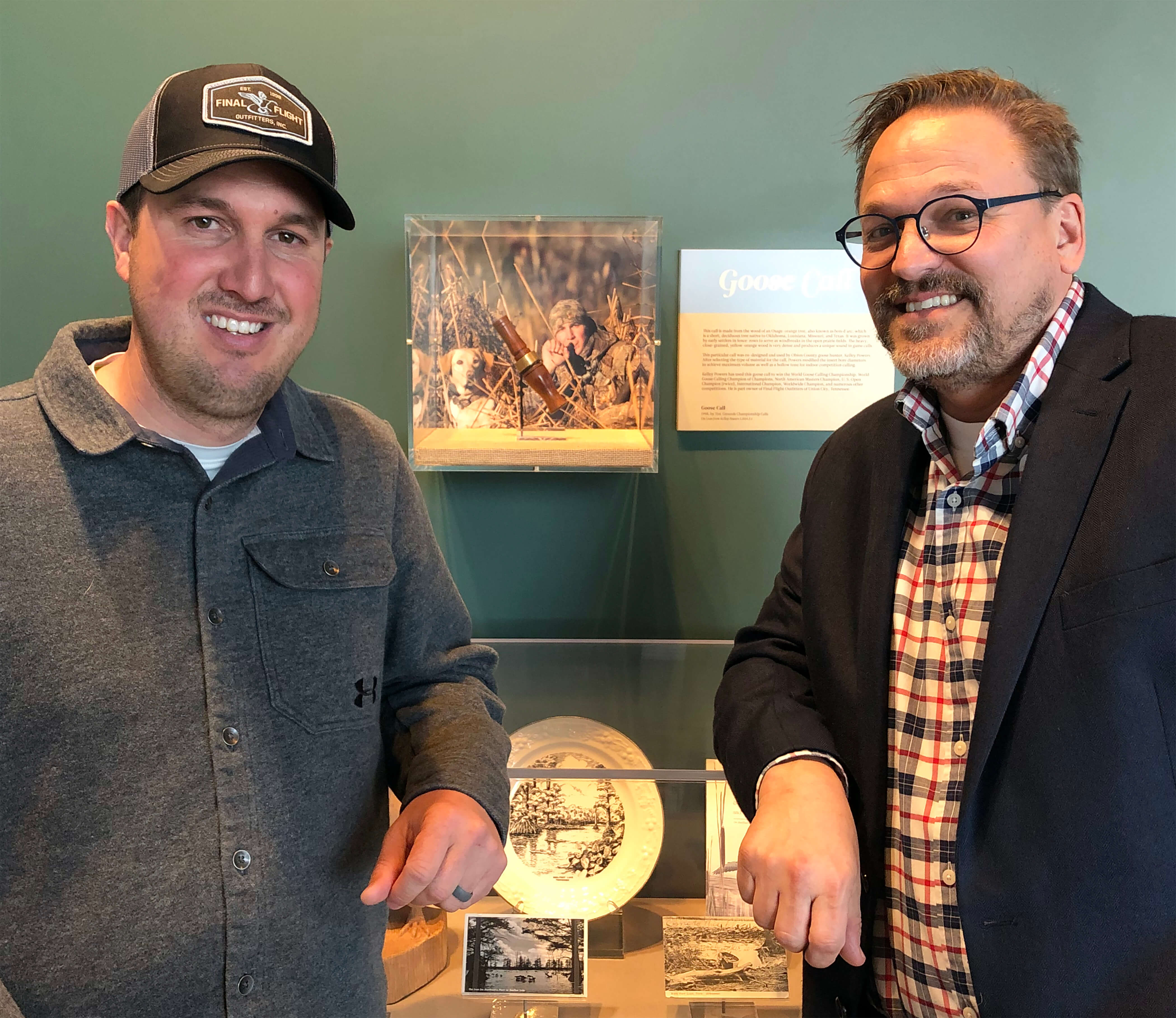 “Topics are chosen and the tone of the show is designed to ignite interest in the things we discuss and to inspire listeners to want to discover more,” said Williams. “West Tennessee is full of fascinating, creative people who are making some incredible things happen both around the world and right here at home, so we want to contribute to making their stories known.”

Following each interview, Andrew Gibson, assistant director of education at DPA, will take listeners behind-the-scenes to discover something new at the museum and park.

The first episode features an interview with Kelley Powers, co-founder of Final Flight Outfitters Inc., who parlayed an early successful career as a professional goose caller into a popular retail and mail-order catalog business in Union City. The recently-expanded store, founded with his brothers, Jon Ed and Tripp, has grown from a storage trailer in 1998 to a 25,000-square-foot showroom that contains a large selection of outdoor gear and hunting supplies.

On the inaugural episode, Williams and Powers discuss how, in spite of phenomenal growth, the brothers and their close-knit staff maintain their goal of growing a relationship with each customer while continuing their dedication to the highest level of service. Powers also explains the importance of the Reelfoot Lake region to their business and the role of philanthropy in his life and career.

New episodes of “Reelfoot Forward: A West Tennessee Podcast” will be released each week.

“Reelfoot Forward: A West Tennessee Podcast” can be downloaded from iTunes, Soundcloud and on the organization’s website at DiscoveryParkofAmerica.com/reelfootforward.

About Discovery Park of America

The mission of Discovery Park of America, a premier world-class museum and 50-acre heritage park located in Union City, Tennessee, is to inspire children and adults and to see beyond. Included is a 100,000-square-foot museum featuring 9 interactive exhibit galleries with additional space for temporary exhibits from around the world and a 50-acre heritage park. Discovery Park of America is a 501(c)(3) public charity funded by generous individuals, corporations and foundations including its principal funder, the Robert E. and Jenny D. Kirkland Foundation. For more information, visit DiscoveryParkofAmerica.com, Facebook, Instagram and Twitter.