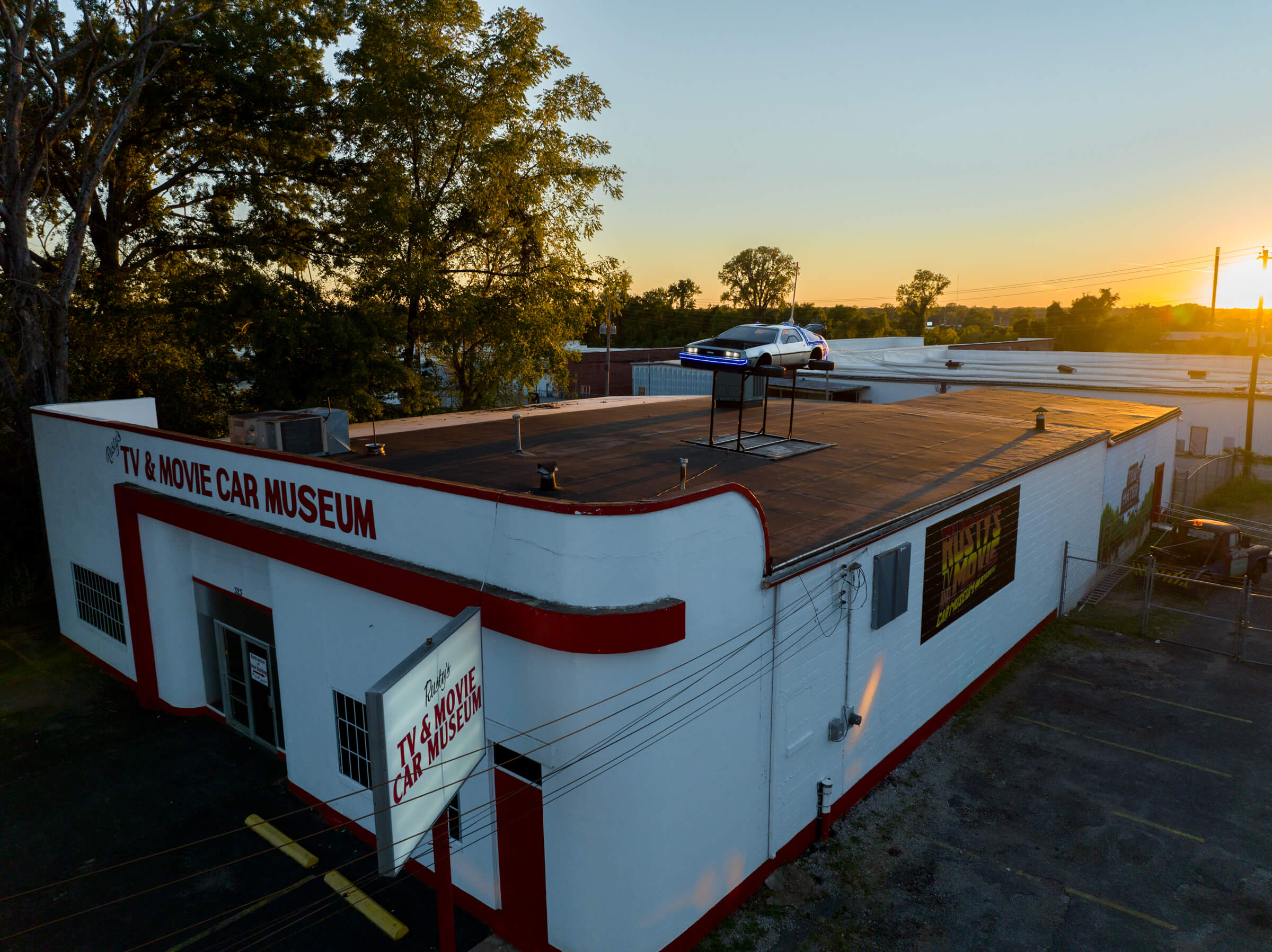 The addition of the DeLorean comes in time to celebrate “Back to the Future Day” which occurs on October 21st (as Marty McFly visits October 21, 2015 in the movie). Since the date holds such significance to the movie, the new exhibit at Rusty’s TV & Movie Car Museum seeks to display a unique attraction in honor of the hit film.

“I ended up with an extra DeLorean that needed a lot of work and wondered what I could do with it,” said Rusty Robinson, Owner and Operator of Rusty’s TV & Movie Car Museum. “In the tradition of old school roadside attractions and to celebrate “Back to the Future Day”, I thought ‘Why not make a flying DeLorean and put it on the roof?’.” After Rusty came up with the idea, his son-in-law, Jacob Barham, engineered and welded the frame and Frank Joey and Rushing Crane Service helped with suspending the DeLorean above the building. 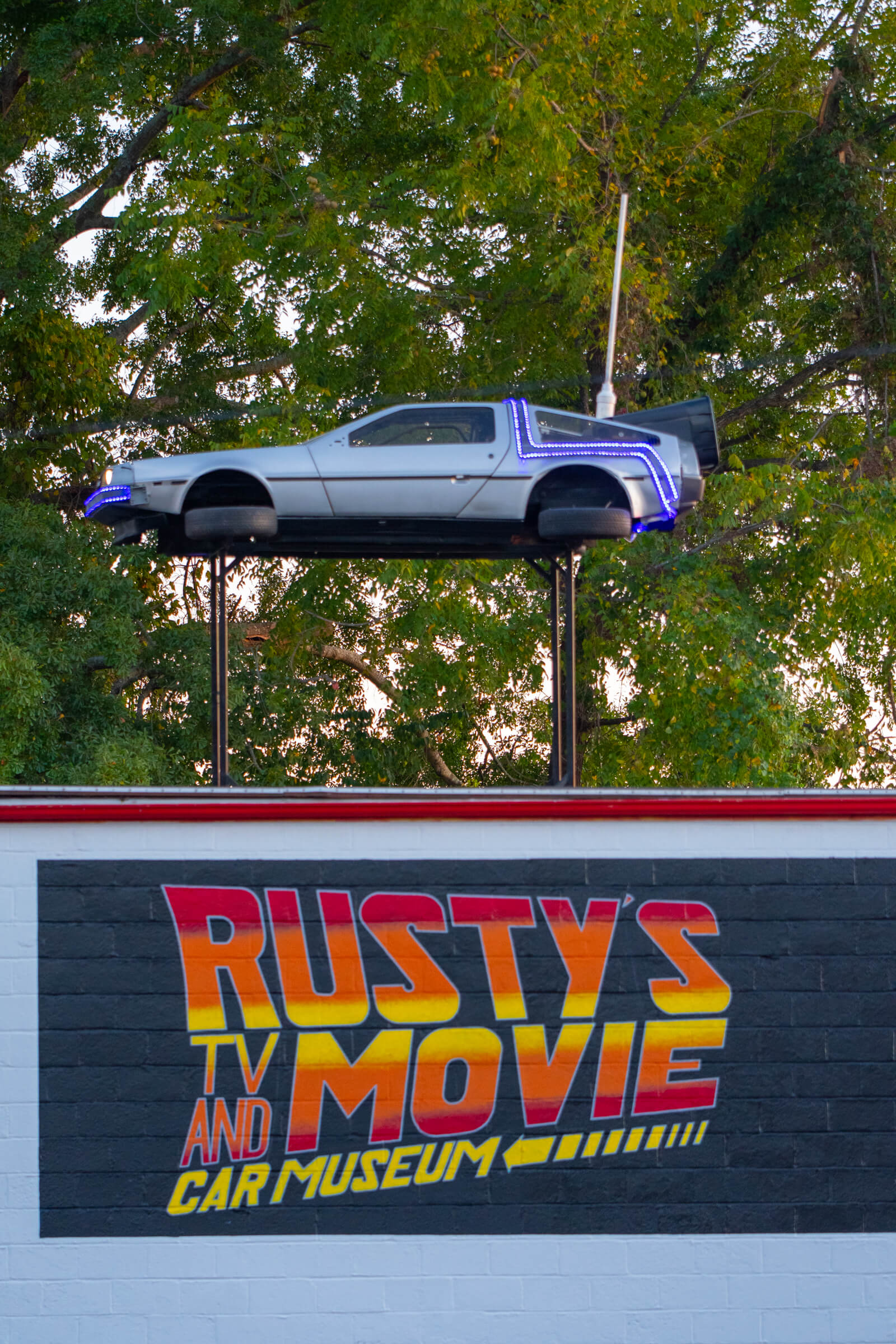 Opened in 2010, Rusty’s TV & Movie Car Museum also displays other significant movie cars such as the Jeep Wrangler from Jurassic Park, the Fast and Furious eclipse, the Ecto 1 from Ghostbusters, the Mystery Machine from Scooby Doo, along with many other cars featured in a variety of iconic films. The museum features approximately 50 vehicles, many originals and replicas from various films and T.V. shows.

Located at 323 Hollywood Dr. Jackson, TN 38301, the museum is open to the public on Friday, Saturday, and Sunday from 9 a.m. - 5 p.m. Private tours for groups can also be arranged by calling 731-267-5881. Admission is $10.00 and $5.00 for kids under 12. Kids under five receive free admission. For more information on Rusty’s TV & Movie Car Museum, visit https://www.rustystvandmoviecars.com/ or follow them on Facebook at https://www.facebook.com/rustystvandmoviecarmuseum/.