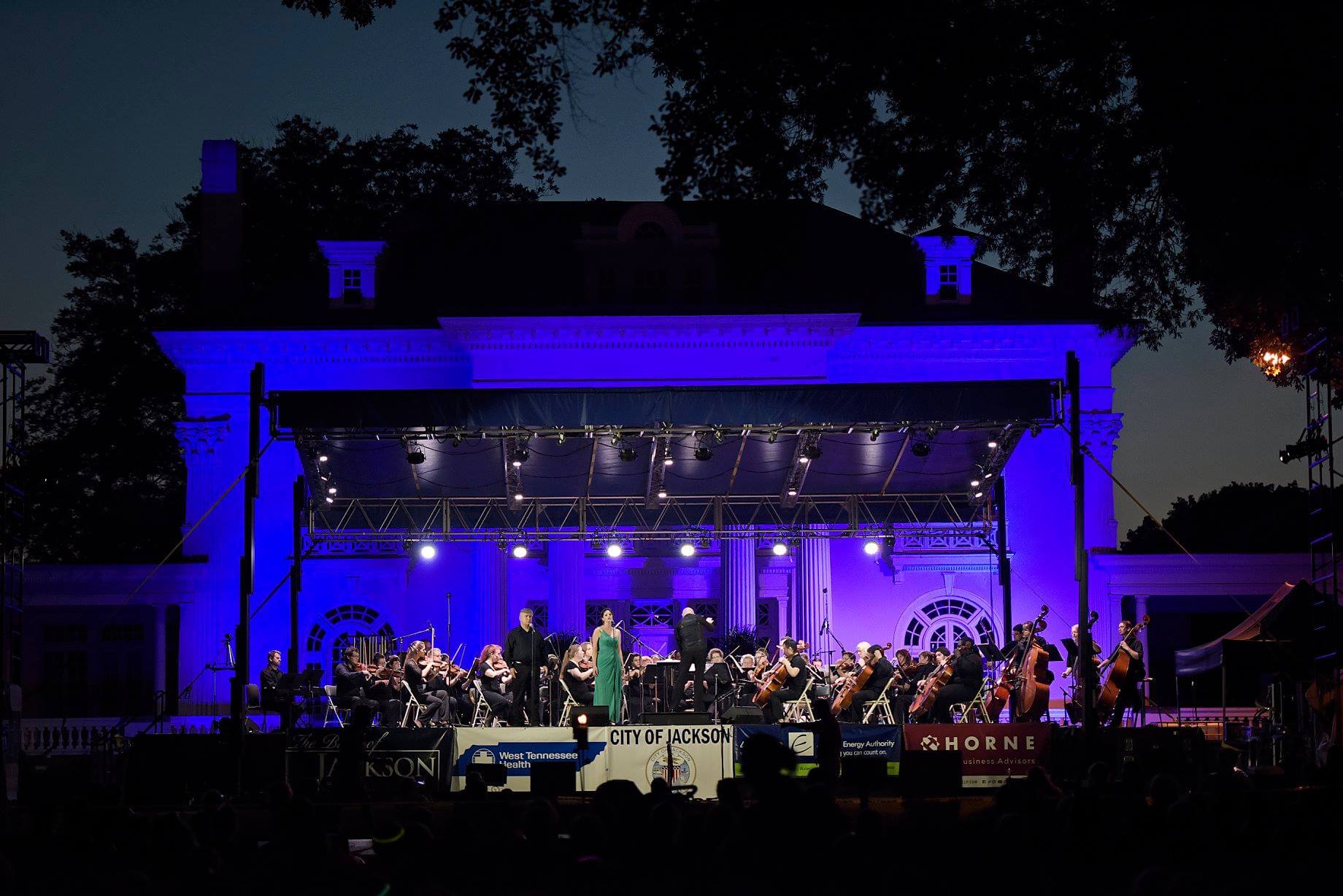 The Jackson Symphony welcomes the Jackson community to their 40th Annual Starlight Symphony on the historic grounds of First Presbyterian Church in Jackson, Tennessee on Saturday, September 29, 2018.

Starlight Symphony has been held on the grounds of the First Presbyterian Church at 1573 North Highland Avenue for the past 40 years. This free event is made possible by our generous sponsors: City of Jackson, The Bank of Jackson, HORNE CPA’s and Business Advisors, HORNE Wealth Advisors, West Tennessee Healthcare, Jackson Energy Authority, First Presbyterian Church and a grant from The Jackson Arts Council. No admission is charged for this community event which draws audiences of over 5,000 throughout the West Tennessee and the mid-south region.

Prior to the symphony’s performance, a concert prelude is performed on the Jackson Memorial Carillon of First Presbyterian Church.   The Jackson Symphony concert will follow and will include highlights such as; Broadway favorites from “Les Miserables” and “Wicked”, as well as some favorites including “A Salute to the Big Apple”, Tchaikovsky’s “Theme from Swan Lake” and “God Bless America.”  The evening will wrap up with the performance of Tchaikovsky’s 1812 Overture featuring the Carillon and live civil war cannons manned by historic reenactors.

Free ice cream treats will be provided by The Bank of Jackson and Horne. The Jackson Symphony Youth Orchestra will also host an Instrument Petting Zoo for our younger attendees to touch and hear many different types of orchestral instruments.

Bring your dinner and join us for the 2018 Starlight Symphony, which will begin at 6:45 p.m. with the Carillon Prelude to be performed by Kathleen Huneycutt and Cody Blue Miller, Carillonneurs.  The Jackson Symphony performance will begin at 7:30 p.m. under the leadership of Artistic Director and Conductor, Peter Shannon.

The Jackson Symphony was founded in 1961 by a group of leading citizens to bring classical music to the City of Jackson and surrounding West Tennessee communities. The Jackson Symphony's mission statement is "The Jackson Symphony enriches audiences through the power of live orchestral music". They do this by presenting a six concert subscription series (with four additional chamber concerts) each season and demonstrating a strong commitment in the area of educational and therapeutic programming. For more information, please visit its website at www.thejacksonsymphony.org.