Tourism professionals gathered to celebrate the continued success of the Tennessee tourism industry by announcing the 2017 economic impact numbers recently at the Musician’s Hall of Fame and Museum.  Gov. Haslam and Commissioner Triplett announced Tennessee tourism’s direct domestic and international travel expenditures reached a new all-time record high of $20.7 billion in 2017, up 6.3 percent over the previous year, as reported by the U.S. Travel Association. Tourism also generated 184,300 jobs for Tennesseans, a 3.1 percent growth year over year.

For the 12th consecutive year, tourism topped $1 billion in state and local sales tax revenue, reaching $1.8 billion. That marks a 7.6 percent increase over 2016, higher than the national growth of travel-related state tax revenues of 4.6 percent. 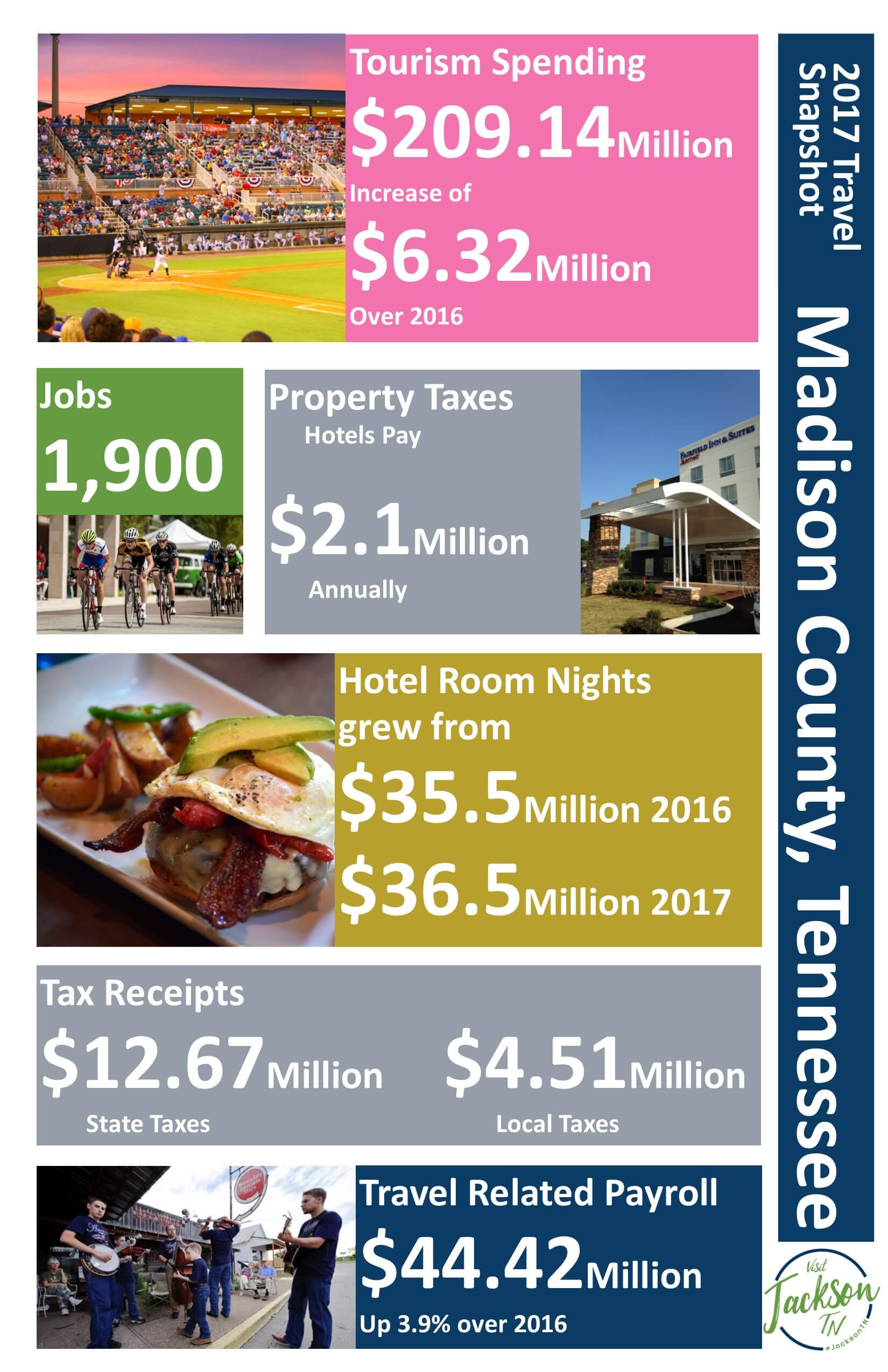 Madison county leads northwest and southwest Tennessee with over $209.14 Million in tourism expenditures, an increase of $6.32 Million over 2016.  Tax Receipts are $12.67 Million for the state and $4.51 Million locally.  Travel related payroll has increased by 3.9% to $44.42 Million.  Over 1,900 people owe their jobs to tourism and hotels pay over $2.1 Million in property taxes annually in Madison County.

Nunnery said, “It is because of the efforts of our hoteliers, attractions and tourism professionals throughout Jackson and West Tennessee, that we see the continued success.  The bar has been set high and with new hotels coming online and we will be challenged to develop new experiences and tourism products to attract even more visitors.“

Commissioner Kevin Triplett said, “the authenticity and Southern hospitality from our communities and partners gives visitors an unbeatable experience and inspires them to return. The numbers show Tennessee is a destination of choice for visitors around the world. However, we would not have these numbers if not for the capital investments, renovations and dedication made by tourism partners across the state to deliver great experiences that create wonderful memories.”