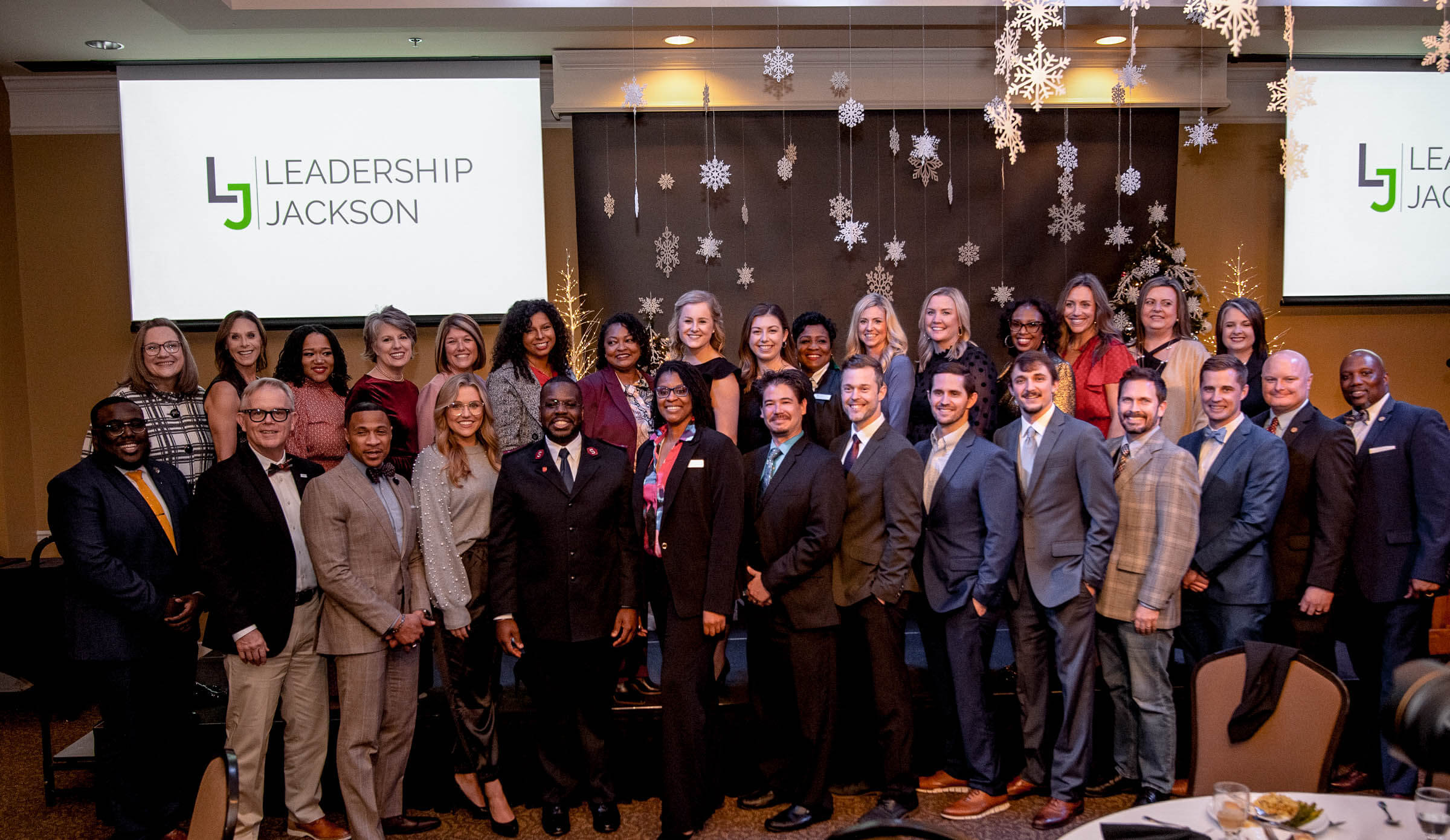 Leadership Jackson, the Greater Jackson Chamber’s adult leadership development program, gives business professionals, employed with companies that are chamber members the opportunity to better understand the community and the opportunities and the challenges it faces. Class members visited community landmarks, met with area leaders and participated in weekly sessions about topics impacting Jackson-Madison County, including education, healthcare and government.

“The 44th Leadership Jackson class really took charge of their experience. Those of us guiding them in their growth and education couldn’t be prouder of what they’ve accomplished,” says David Knack, Leadership Jackson 2022 chair. “Our community now has 30 individuals that are empowered to make Jackson better for years to come. Being able to see their success and learn from it has been uplifting to me. I’m thankful to have worked with this year’s class alongside Margaret Livingston.”

During the graduation ceremony, class members were recognized for their achievements and received their Leadership Jackson graduate certificate of completion. The class chose Mark Cancia, Director of The Salvation Army, to be its spokesperson and share their reflections of going through the three-month program and how it will influence their lives. The class also selected Allison Wright-Donahoe, West Tennessee Healthcare as the class social chair.

Kris Kelley, with JACOA, was selected to be vice chair of Leadership Jackson in 2023. He will serve with Livingston, who will assume the chairmanship.

“It has been an honor to witness the 2022 class embrace ‘servant leadership’ the past 13 weeks,” said Lauren Saliba, director of leadership development, Greater Jackson Chamber. “The more they learn about Jackson-Madison County, the more they invest for the greater good of our community. It will be exciting to see their continued impact in serving others.”

The Leadership Jackson Class graduates include:

For more information on Leadership Jackson, visit its website at LeadershipJackson.com.