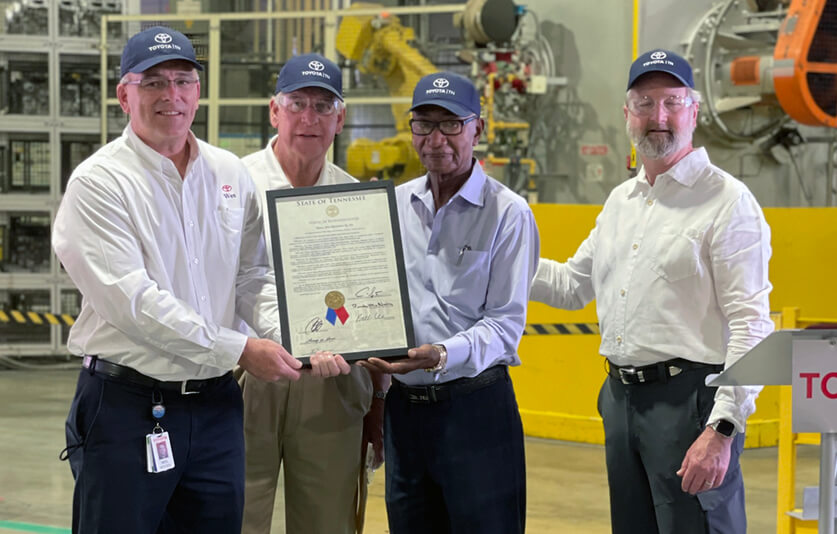 Toyota Motor Manufacturing, Tennessee recently received a special joint resolution from the House of Representatives to recognize it as one of the “exceptional companies” that is “committed to the economic success of the State of Tennessee.”

The resolution celebrates the name change from Bodine Aluminum to Toyota Motor Manufacturing, Tennessee in January 2020 and honors its contributions to Tennessee. A few of those contributions include creating an exceptional impact on Tennessee’s economy; creating around 13,000 jobs in Tennessee between direct employees, suppliers and spinoff jobs; and philanthropic donations of more than $1.7 million across Tennessee since 2003.

“We make the heart of the engine - the engine block - and Tennessee is the starting place for every Toyota and Lexus assembled in North America,” says Woods. “With all of us working together, we have a bright future ahead of us at Toyota Tennessee.” 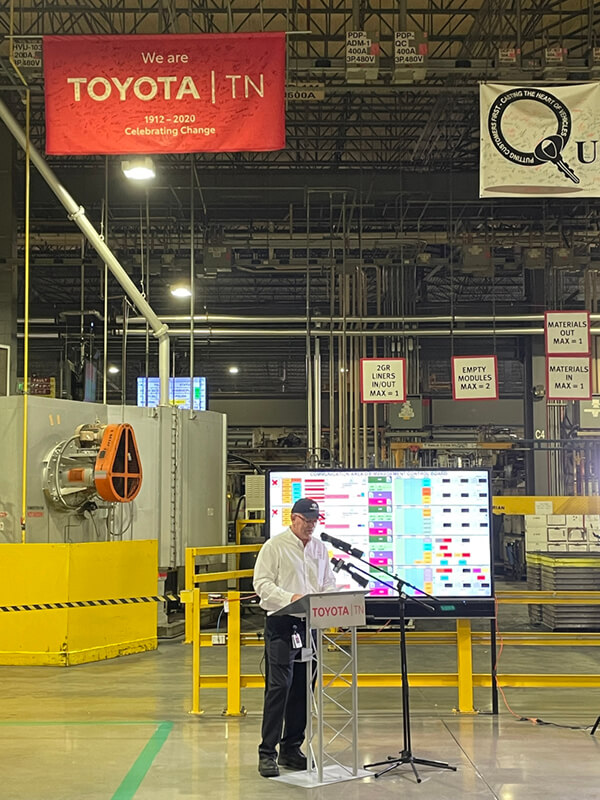