“Voice of Jackson State” signs off after 51 years with college 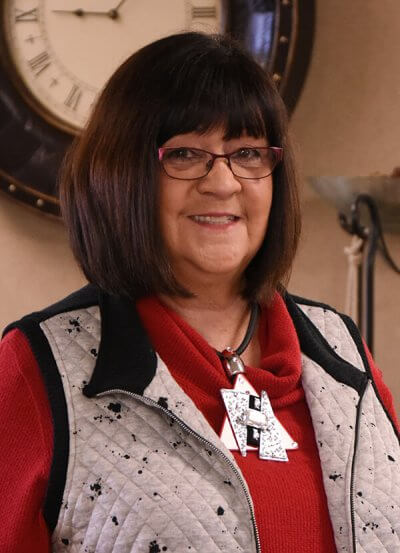 Margie Lester credits the beginning of her 51-year relationship with Jackson State Community College to the late Marion Smothers.

He was Dean of Students when she went to register for classes at Jackson State in 1969. While registering, she realized she needed to pay a $5 fee. She didn’t have it.

“Mr. Smothers reached into his back pocket, pulled out his wallet and handed me a $5 bill,” she said. “He never wanted me to pay him back. He was the first person who wanted me at Jackson State.”

Two years later, she graduated with her associate degree, and Chester Parham, who was in charge of the college’s public relations, hired her to be his secretary. Several years later, then President F.E. Wright asked her to be the college’s receptionist, which included working the main switchboard. Lester held that job for the rest of her career.

She officially retired May 31, but the 50-year-old memory of that $5 bill is one of many she’ll take with her.

“Jackson State has always meant a lot to me,” Lester said. Her memories include her one-day of training on a “monstrosity” of a switchboard, her friendship with Dr. Walter Nelms (who retired as President in 1997), the teachers, the coaches and the many students who stopped by her desk to ask for directions or for answers to other questions.

“I wanted the students to have someone they could come to and get help,” she said. “I would give anything to see some of those students again.”

Lester ran the switchboard in the days before call waiting and voicemail. Four telephone lines came into the switchboard, and if four people were on the phone, the caller got a busy signal. It was up to Lester to connect the incoming caller to the right office. She wrote down messages and left them on people’s office doors.

She never tired of her job, she said. “It was so different then. I knew every office extension by memory.”

She’s been called “the Voice of Jackson State,” because it is her voice that you hear when you call the college.

She hasn’t made any concrete plans now that she has retired. She’s looking forward to spending more time with family; at Hillcrest Baptist Church, which she has attended her whole life; and with her neighbors.

Retiring was hard, Lester said. “I never wanted to leave all of those years. But, it’s time.”

For more information on Jackson State Community College, go to its website.