On Saturday, October 26, 2019, W.S. Holland who was born in Saltillo (Hardin County), Tennessee, will be honored at a reception and with the dedication of a marker honoring W.S. on the Tennessee Music Pathways. Holland started his career in 1954 with Rockabilly pioneer Carl Perkins and his band and played on Perkin's classic recordings like Blue Suede Shoes, Matchbox, Honey Don't and numerous others. 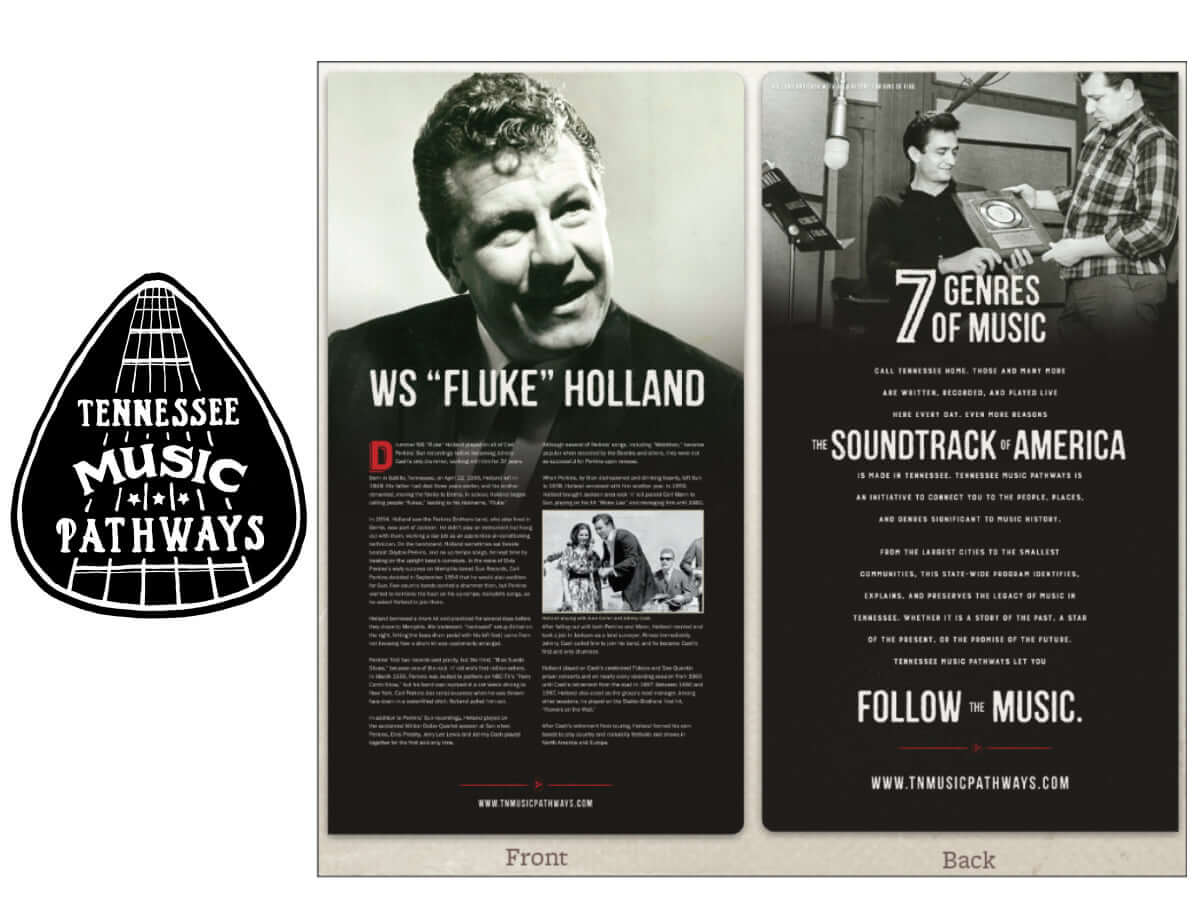 In 1960, after retiring from the music business, Holland received a call from Sun Records buddy Johnny Cash asking him to make a two-week tour with him and his band. The engagement turned into a four-decade career for the young drummer. W.S. is recognized around the world as a legendary artist in his own right and appears on the vast majority of Cash's classic recordings like I Walk the Line, Ring of Fire, Sunday Morning Coming Down, Jackson (that featured Cash's wife June Carter Cash) and others.

Holland's playing can also be heard on Cash's historic recording made inside the walls of Folsom Prison in 1968 and another career defining record for Cash, "Live at San Quentin" in 1969.

The Marker can be seen in downtown Saltillo. The dedication will be at 2 p.m. with a reception for W.S. following at the Art Gallery downtown. Live music will be provided until 5 p.m. The public is invited to attend.